On a constant-exchange-rate basis, net sales declined by 1% from the prior year and comparable sales decreased by 3%. The company saw declines in both net sales and comp sales across all its geographical regions last quarter. 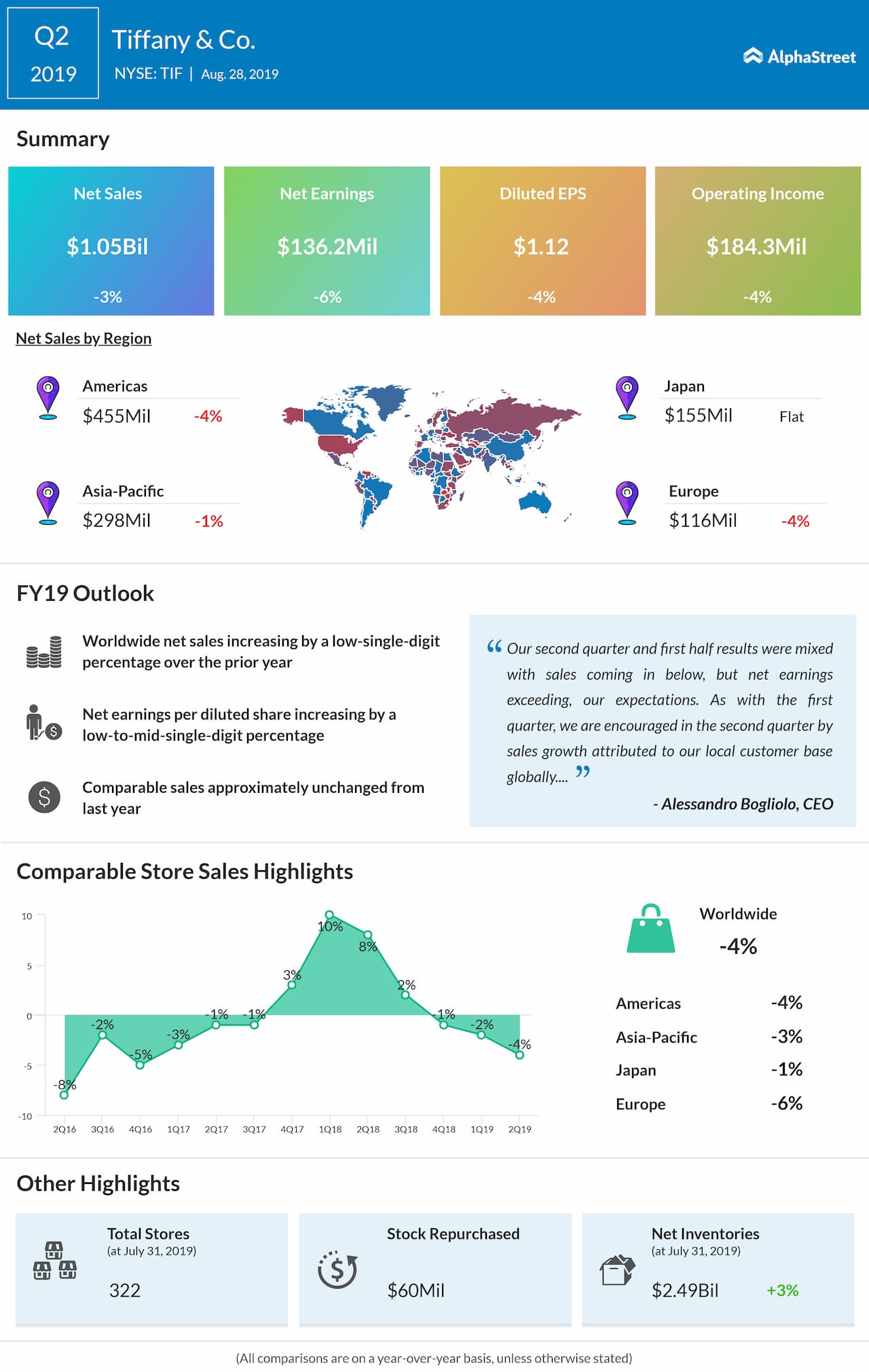 Looking ahead into fiscal 2019, the company expects worldwide net sales to increase by a low-single-digit percentage from last year and worldwide comparable sales will remain approximately unchanged as compared to the prior year. Earnings, on a per-share basis, are forecast to grow by a low-to-mid-single-digit percentage. The estimate for capital expenditures is about $350 million.

In Japan, sales remained unchanged from last year and comparable sales declined by 1%. In Europe, sales dropped by 4% and comparable sales fell by 6% due to the effect of foreign currency translation and broad-based regional softness. In the jewelry categories, sales from Jewelry Collections was unchanged while that from Engagement Jewelry declined by 3% and Designer Jewelry dropped by 10%.