The struggling social media company Twitter (TWTR) will finally become a part of the S&P 500 index, effective before the bell on June 7. Twitter will replace the seed company Monsanto (MON) that is being acquired by German pharma company Bayer AG.

Twitter’s shares rose by about 5% during the after-trading hours on Monday post the announcement. This year, till date the company’s shares have surged nearly 53%. This strong performance in the company stock is mainly due to better-than-expected quarterly performances and the company also surprised the investors with a revenue turnaround — aided by the expansion outside the US.

The struggling social media company Twitter (TWTR) will finally become a part of the S&P 500 index.

In the recently ended first quarter, Jack Dorsey’s company posted nearly 21% increase in its total revenues to $665 million. This upbeat result has prompted investors to change their sentiments towards the stock. 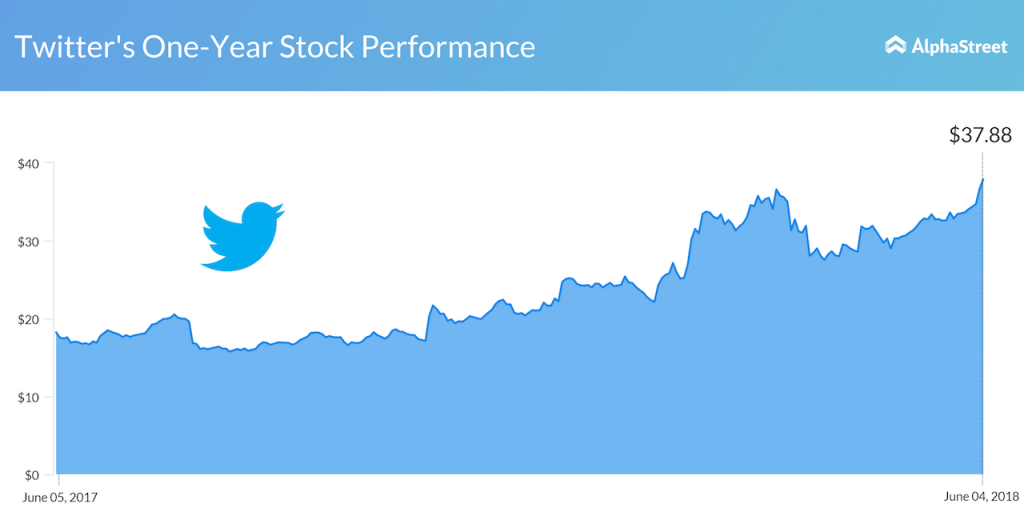 The S&P 500 index includes 500 large companies whose stocks trade either on NYSE or NASDAQ. There is a list of stringent criteria that the companies should meet in order to qualify for the index. One of the criteria that makes Twitter an unconventional choice is that the companies need to post four straight quarters of positive earnings. But as Wall Street Journal highlighted, Twitter has managed to post profit only in the last two quarters, and prior to that, it has reported losses for 16 quarters.

Ever since it went public in 2013, the San Francisco, California-based firm has struggled to turn to profit. Now that it has posted two consecutive quarterly profits, the social networking platform hopes to keep the momentum going.