Uber is the most widely expanded ride-hailing service in the world. And yet, despite its omnipresence, the company seems to be the most vulnerable to falling out as well. As rivals around the world are gradually proliferating operations into new markets, Uber seems to have hit a glass ceiling.

Notably, most rivals enjoy a home-market advantage, be it China’s Didi Chuxing or Russia-based Yandex Taxi. A few others, meanwhile, enjoy the patronage of an entire region, such as Careem in the Middle-East and Grab in South-East Asia. While Uber does operate in many of these markets, it has failed to gain a cultural reckoning, thereby creating a lacuna for rivals to prosper.

Separately, Uber, unlike its rivals, is struggling in its home ground, thanks to a set of scandals and negative publicity. Regional rival Lyft has been quick to swoop in and grab the pie, increasing its US market share to around 30%, by March this year. The company also recently bourgeoned into neighboring Canada, a key market for Uber, posing a further threat. 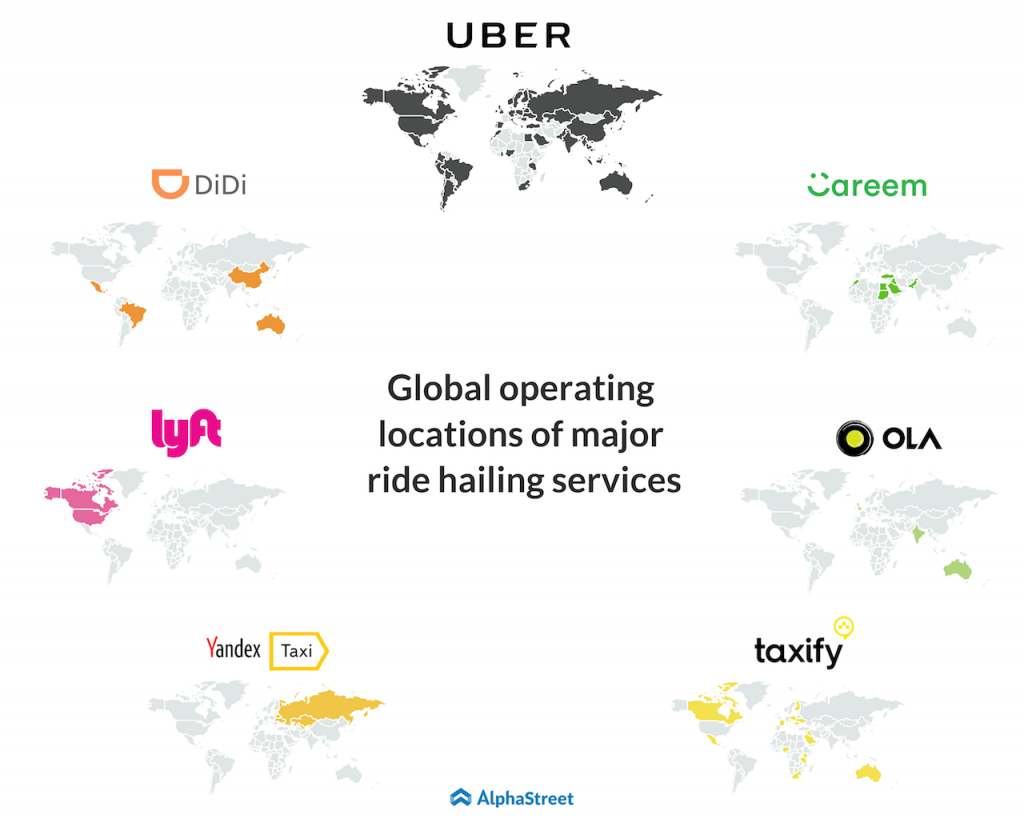 Other competitors have also been pretty romped up on their global expansions. One of Uber’s oldest rivals, India-based Ola Cabs, on Tuesday announced its plans to expand into three major cities in New Zealand. This comes on the heels of the company launching operations in Australia and United Kingdom earlier this year.

In China and Russia, Uber had to concede defeats after multi-year battles against Didi and Yandex Taxi for market dominance, following which, the company inked consolatory deals to acquire a minority stake in both the competitors.

Meanwhile, in Japan, two regional rivals, Tokyo Musen and Nihon Kotsu started operations together through a pact earlier this year, to gain an advantage over foreign firms Uber and Didi Chuxing. The scenario is similar in Europe, though Uber certainly holds a better foothold in this region. However, Uber’s constant spat with the European regulatory authorities could give its rivals, primarily Taxify, the much needed fillip to take off.

Uber has plenty to resolve ahead of its planned IPO next year, a major one being tacking the ever-increasing and growing rivals across the world.  It’s not going to be a smooth ride for sure.