United Airlines Holdings Inc. (NASDAQ: UAL) reported a 54% jump in earnings for the second quarter of 2019 as the continued successful implementation of its strategy led to it delivering two straight quarters of solid pre-tax margin growth. The results exceeded analysts’ expectations. 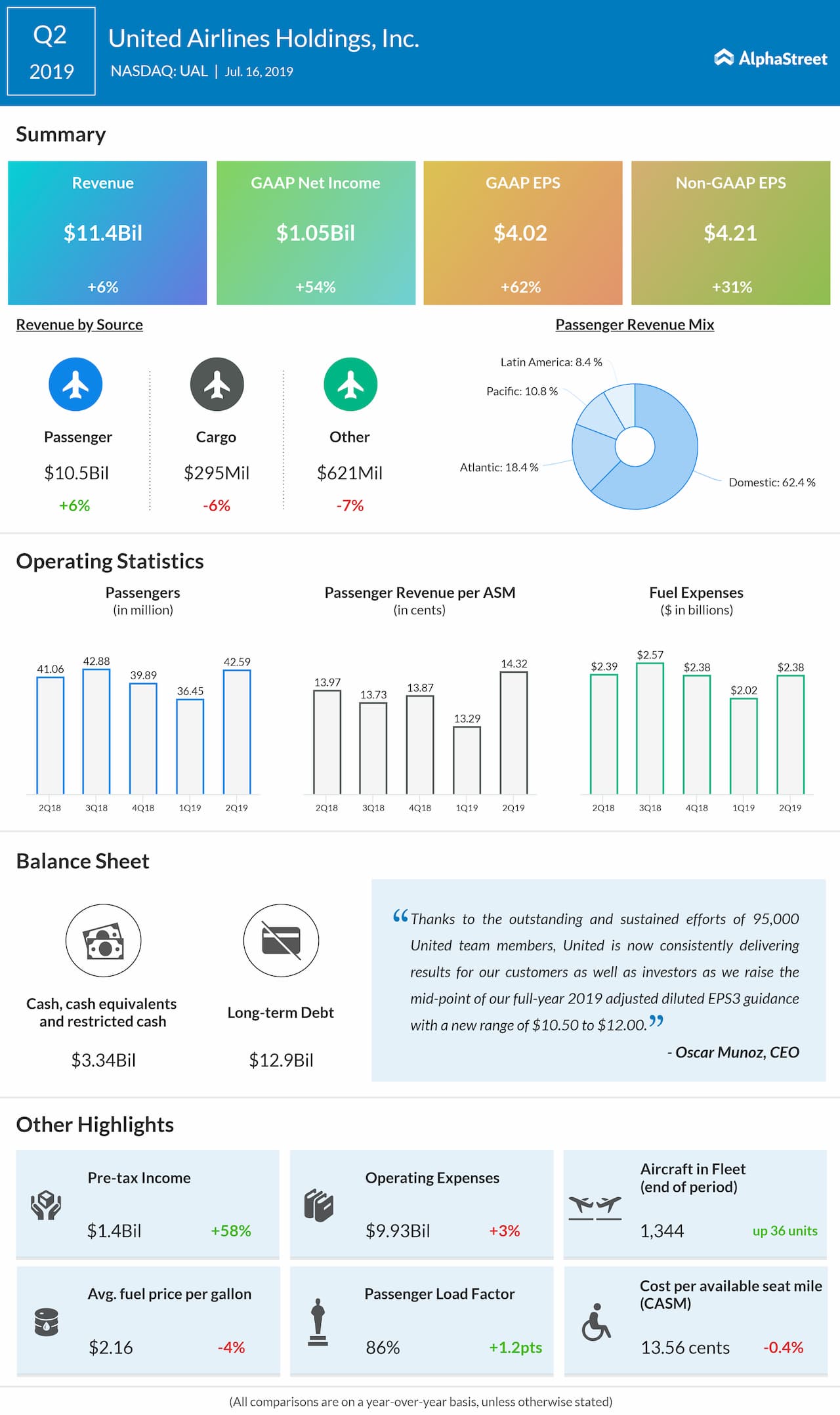 Looking ahead, the company raised the mid-point of full-year 2019 adjusted earnings guidance to a new range of $10.50 to $12 per share from the current forecast of $10 to $12 per share. Adjusted capital expenditures are anticipated to be about $4.9 billion.

The company unveiled next paint design, which brings a refreshed look to its fleet, serving as a visual representation of the airline’s ongoing brand evolution. During the quarter, United Airlines took delivery of two Boeing 787-10 aircraft, two used Airbus A319 aircraft, and seven Embraer E175 aircraft operated by its regional partners. The company signed agreement to buy 19 used Boeing 737-700 aircraft with deliveries expected beginning in December.

Also read: Will Boeing 737 Max take off again this year?

On July 15, 2019, the company’s board of directors authorized a new $3 billion share repurchase program. The company had repurchased $536 million of its common shares in the second quarter of 2019, at an average purchase price of $84.07 per share.

Shares of United Airlines ended Tuesday’s regular session up 2.85% at $93.92 on the Nasdaq. Following the earnings release, the stock rose 0.78% in the after-market session.