What’s in the offing for Village Farms (VFF) Q2 earnings?

Village Farms International (NASDAQ: VFF), a Canada-based vegetable producer that entered into cannabis space in 2017, will be reporting its second quarter 2019 results on Monday, August 12, 2019, after the market close. The company will host a conference call to discuss its second quarter results next day morning.

After rallying 10% on Thursday, VFF stock swung between a positive and negative zone today and ended up 5% when the market closed. 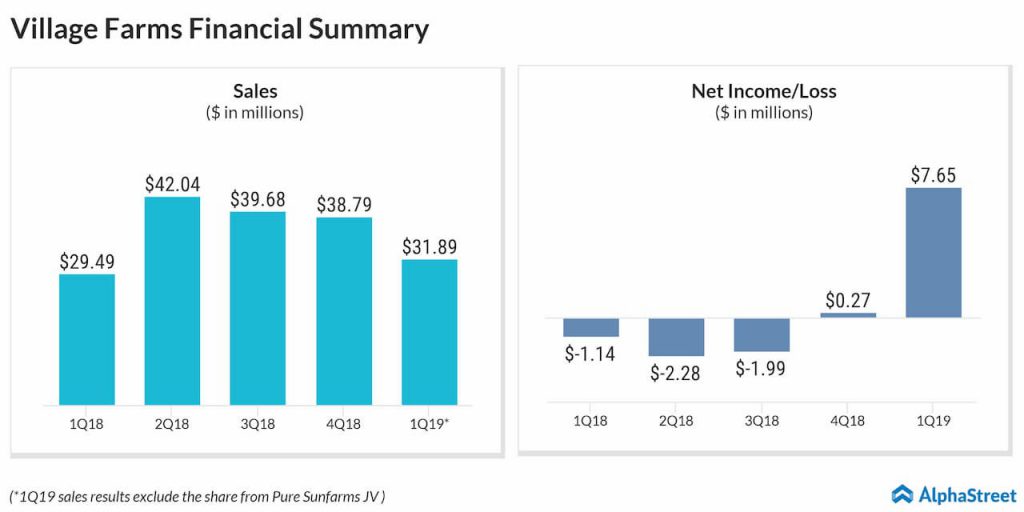 When Village Farms reports its June quarter results, investors would watch out the production updates from Pure Sunfarms, the company’s  50% owned joint venture with Emerald Health and Village Fields Hemp, a joint venture formed with Nature Crisp, for the cultivation of high-cannabidiol (CBD) hemp and CBD extraction in multiple states throughout the US.

Sales for the March quarter increased 8% to $31.89 million. Sales including Pure Sunfarms’ contribution of $5.4 million increased to $37.3 million.

Related: What you need to know before buying Village Farms International stock

The company’s Canadian peak vegetable growing production is in the summer months, with no production during the winter season. As a result, Village Farms historically reports higher sales in the second and third quarters than in the first and fourth quarters.

Pure Sunfarms also expects to complete its first harvest at the Delta 2 facility by mid-2020, ramp to full run-rate annual production by the fourth quarter of 2020, and operate at full production of 75,000 throughout 2021.

Village Farms also announced that its program for outdoor cultivation of high-cannabidiol (CBD) hemp and CBD extraction is progressing on plan. The Company’s joint venture for hemp production and processing in the Eastern U.S., Village Fields Hemp, expects initial sales of hemp biomass to commence in the fourth quarter of 2019.

“We are closely monitoring developments as the Texas Department of Agriculture proceeds towards establishing a licensing and regulatory framework for hemp cultivation and processing and continue to expect our Permian Basin greenhouse to be ready to begin hemp production as
soon as we are permitted to do so under Texas legislation,” said CEO Michael DeGiglio. 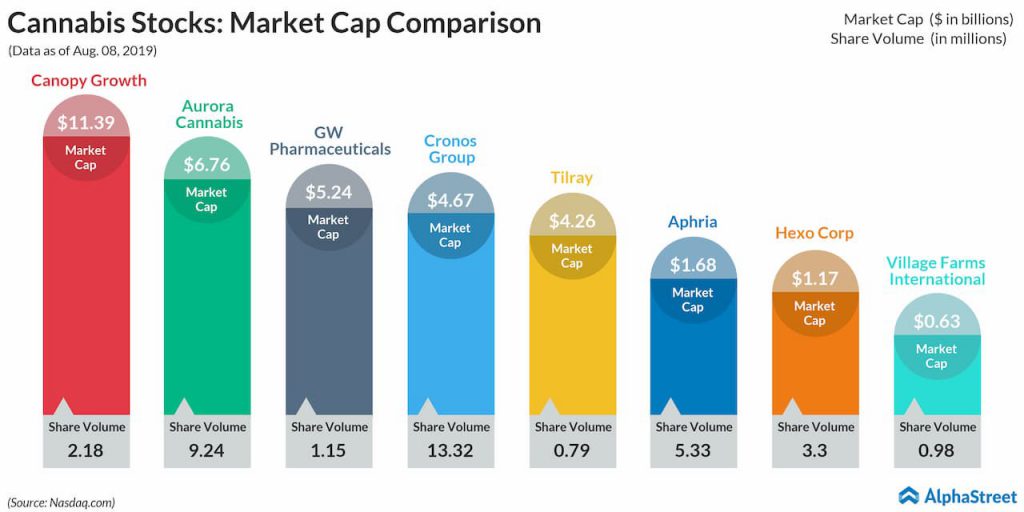 Recently, Village Farms has transitioned from foreign private issuer status to domestic issuer status in the US since more than 50% of the company’s common shares were directly or indirectly owned of record by shareholders domiciled in the United States on June 28, 2019. As a result of becoming a U.S. domestic issuer, the company will be subject to SEC reporting requirements applicable to a U.S. domestic company, beginning on January 1, 2020.

Since Village Farms started trading on NASDAQ on February 21 this year, the stock had rallied 31% so far.