What’s cooking in the US meal kit market?

Can you believe that nearly 80% of Americans don’t have an idea about what they will have for dinner? And if you are one among them, then here’s something that would be interesting for you.

According to consulting firm Pentallect, which specializes on the food industry, the US meal kit market is worth $2.2 billion and is expected to grow annually 25% to 30% in the next five years.

The meal kit market has been gaining traction over the past few years and based on the estimates, the industry is going to see a lot of action in the future as they battle it out for your dinner menu.

The big daddy of retail wants to add more choices to your food menu. Walmart (WMT) has dabbled into the meal kits market on its own by launching 250 stores. And the buck doesn’t stop here! It wants to expand the offering to 2,000 stores by end of the year.

Prima facie, you might ask, what’s the big deal here with Walmart entering the market? To put things in perspective, the grocery market in the US is touted to be nearly $780 billion. Not to forget the fact that grocery business continues to be the money spinner for the retail giant. With the launch of the meal kit delivery services, the retail giant could garner more revenues from the grocery segment.

On the flip side, with the behemoths like Amazon and Walmart testing the waters on their own meal delivery services, it’s going to send some shivers to independent service providers like Blue Apron, Home Chef, Hello Fresh etc. 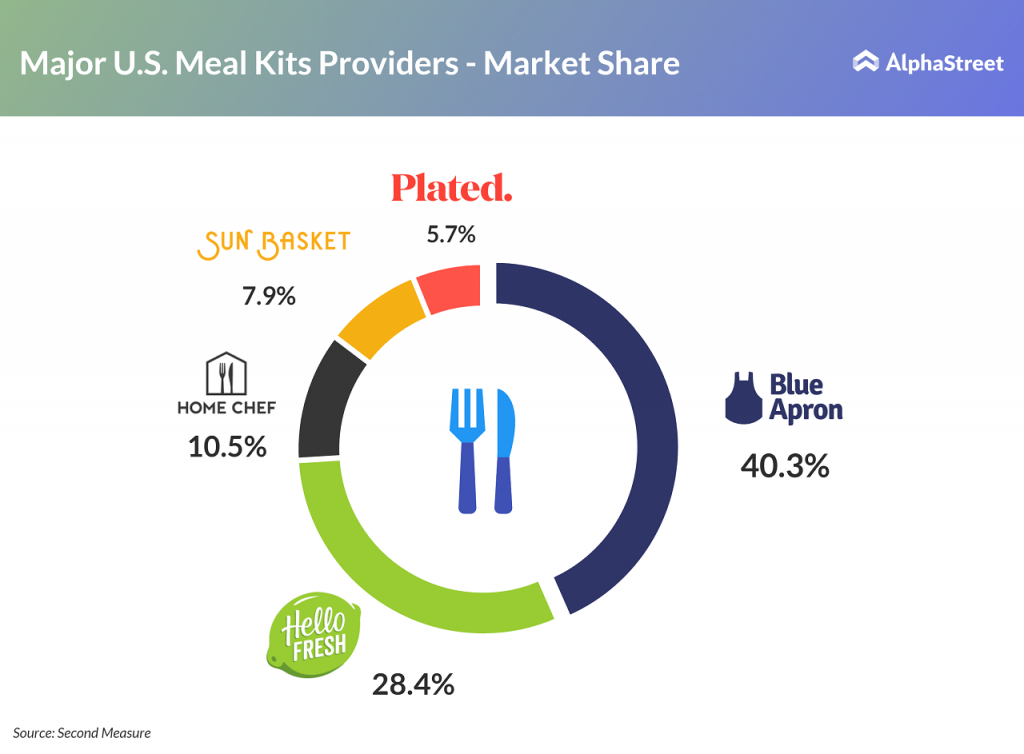 If you remember, in September 2017, Albertsons had gobbled up Plated, one of the stand-alone providers, for $300 million. With big-box retailers joining the party, things aren’t looking rosy for the likes of Blue Apron as of now. It would be interesting to see how they tackle the biggies’ onslaught in the coming days.

Another industry which is going to have a ripple effect of big-box retailers entering the meal delivery segment is the dining industry. National Restaurant Association (NRA) puts the US restaurant market size at $799 billion for 2017.

With the likes of Amazon and Walmart foraying into the meal kit delivery space, and not to forget their scale and reach, people who want to dine out might come down, which would have repercussions on the restaurant sales.

On an inflation-adjusted basis, restaurant sales growth for 2017 came in at 1.7% compared to 1.5% reported in 2016. With muted sales growth, restaurant chains are witnessing margins getting squeezed due to rising labor costs and reduced consumer visits as they are getting cautious with spending.

NRA also stated that growth in the quick service segment will be higher than the traditional table service segment. Quick service segment sales are expected to be about $233.7 billion. That’s a huge market to tap for the duo (Amazon and Walmart) and other retailers who are focusing on the meal kit front as it provides an affordable option for customers at their doorstep with freshness intact.

Consolidation on the horizon

As the adage goes, “Change is permanent”, the meal kit industry is up for disruption. Blue Apron is the current market leader in this space with 40% share. However, the company, which went public in June 2017, is already feeling the heat. Its journey since IPO has been pretty shaky. It started trading at the bourses at $10 and has seen a free fall since then. The stock is now trading at around $2.50. 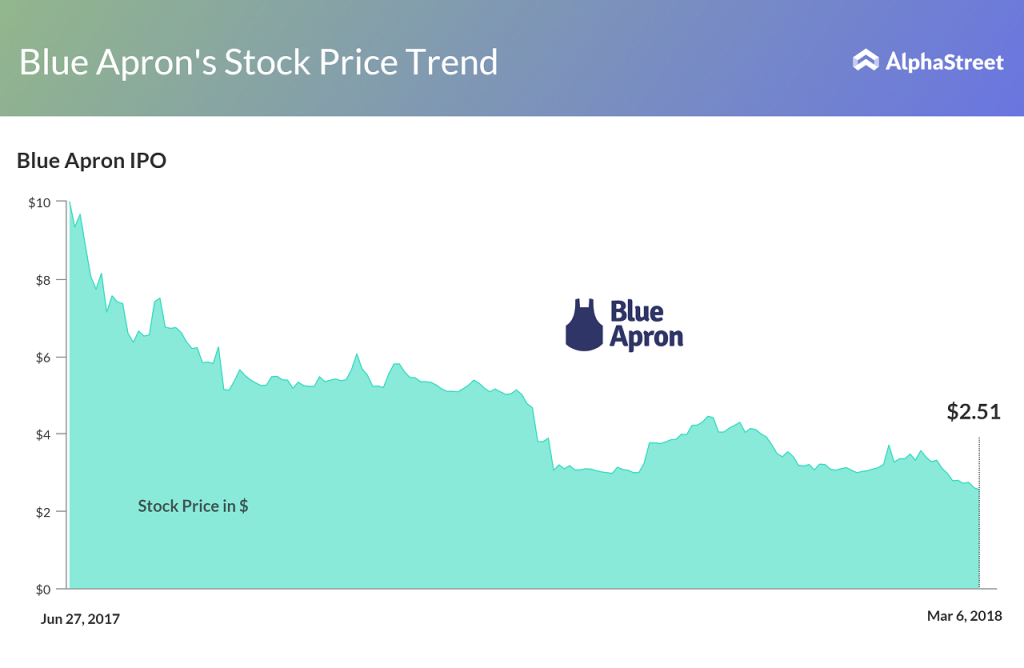 Since big-box retailers are well-capitalized as they enter the market, Blue Apron with no clear differentiation in its business model would find it tough to tackle them. Investors aren’t gung-ho on the growth potential of the firm.

Already Blue Apron and its peers are finding it hard to retain customers and are shelling out more money to add new customers to keep competition at bay.

It’s only a matter of time before retail giants like Walmart or its peers up the ante and independent players like Blue Apron would become potential acquisition targets. We’ve seen this already started happening with Albertsons buying out Plated last year.

As the retailers fight it out for your dinner menu, it’s worth the effort to add big-box retailers stocks to your watchlist. You can watch their performance when you’re munching your favorite steak or enchiladas during dinner and bump up your portfolio.