Will Spotify face the music for its unconventional public listing?

Spotify has undoubtedly won the admiration of music lovers, with over 60 million subscribers to date. And now it is gearing up to win some investors, that too, in a not much treaded path.

The Swedish company, which unveiled its app in 2008, has opted for direct listing on NYSE instead of an IPO. Direct listing is not new, but it’s something very rare; and it has the Wall Street worrying about the impact this move. Generally, small-cap companies, mostly from biotech and life science sectors, opt for a direct listing.

In this method, middlemen including investment bankers don’t come into play, which saves, not just time, but also millions in underwriting fees. On the other hand, direct listings don’t often get the hype of IPO, and the interest generally remains mediocre. It is also likely that the company may fall short of raising the expected capital. 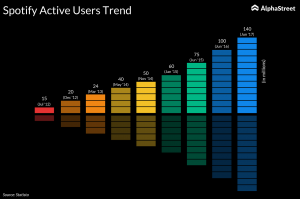 That said, it needs to be seen how a popular music company will behave during direct listing.

The music streaming industry is crowded with tech giants including Apple and Google. Yet Spotify manages to grab the top spot, thanks to its fast expanding library of tracks, enormous user base, social media integration and the significant amount of payments from premium users.

Operating in 61 countries and with 140 million active users, Spotify sees Apple as its closest competitor. Apple music reported having 36 million subscribers last year, a base that is growing at breakneck speed. Pandora Media claims to have over 70 million monthly users followed by Amazon, which has around 16 million users.

Direct listing is not new, but it’s something very rare; and it has the Wall Street worrying about the impact this move. Generally, small-cap companies, mostly from biotech and life science sectors, opt for a direct listing.

Despite its size, Spotify never turned a profit and posted an operating loss between $118.4 million and $236.8 million in the first half of 2017. The revenues have however been strong.

Apart from strong competition, the company has also been embroiled in certain legal struggles.  It recently faced a $1.6 billion lawsuit for alleged copyright infringement. Calabasas music publisher Wixen Music Publishing Inc. sued Spotify for violating its copyright on over 10,000 songs.

A risk worth taking?

It sure is an interesting time for the music industry. Spotify’s unconventional listing will test whether investors are ready to invest in the music industry, which hasn’t seen any progress for years. When Spotify raised money in 2016, it was valued at $8.5 billion. The value has since grown to more than $15 billion. If Spotify gets a nod from the regulators, it would become one of the highest profile companies to opt for this sort of an unconventional listing.

The primary risk involved is the lack of support from bankers, which makes it unsafe for long hold investors. The price of those limited shares could be volatile, making it difficult for investors to bet on. On the other hand, if this experiment clicks, we can expect to see more companies repeating this track.