The global wearables market continues to climb the ladder with upbeat consumer demand on both fronts: from basic wristbands like the Xiaomi Mi Band and Fitbit Charge to smartwatches like the Apple Watch Series 3 and Samsung Gear S3.

According to the International Data Corporation, the overall wearables market is expected to grow from 113.2 million shipments in 2017 to 222.3 million in 2021 with a compound annual growth rate of 18.4%. Based on the third quarter shipment performance, the top spot of wearable vendors has been shared by both Xiaomi and Fitbit, followed by Apple. 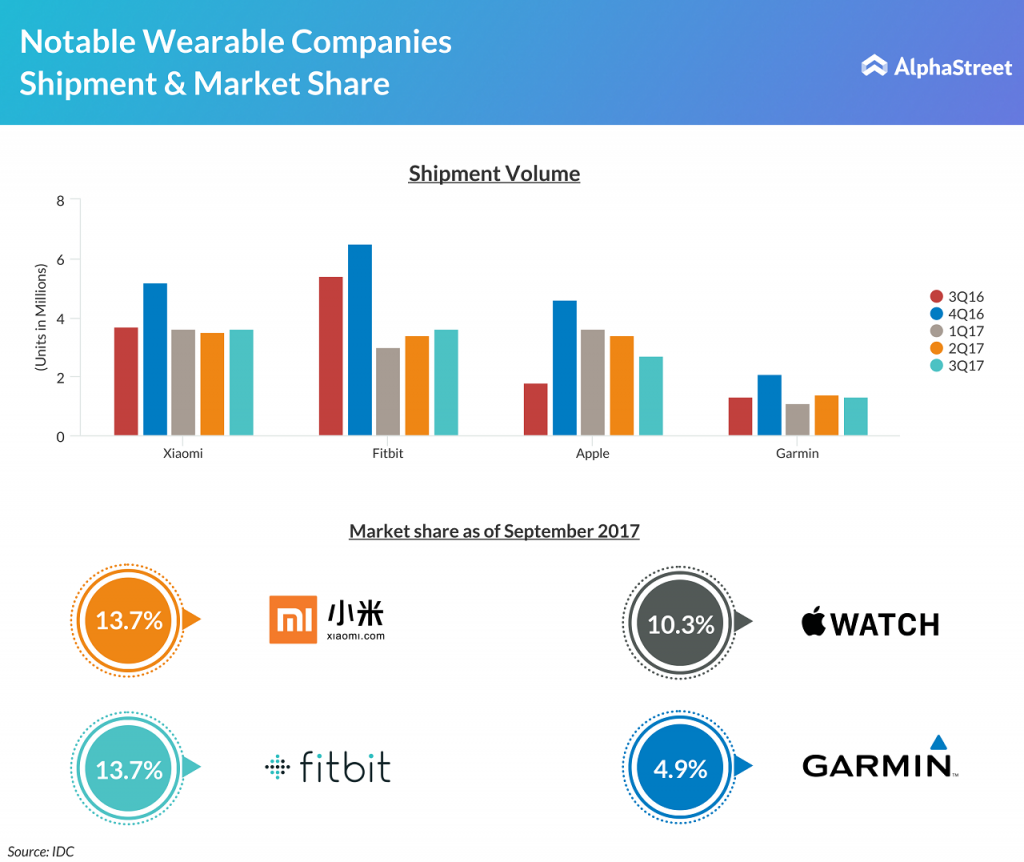