3M (MMM) reported a 0.6% decline in fourth-quarter net sales to $7.94 billion, which came in line with what analysts were expecting. Earnings rose to $2.31 per share from $2.10 per share last year, surpassing analysts’ estimate of $2.27 cents per share. 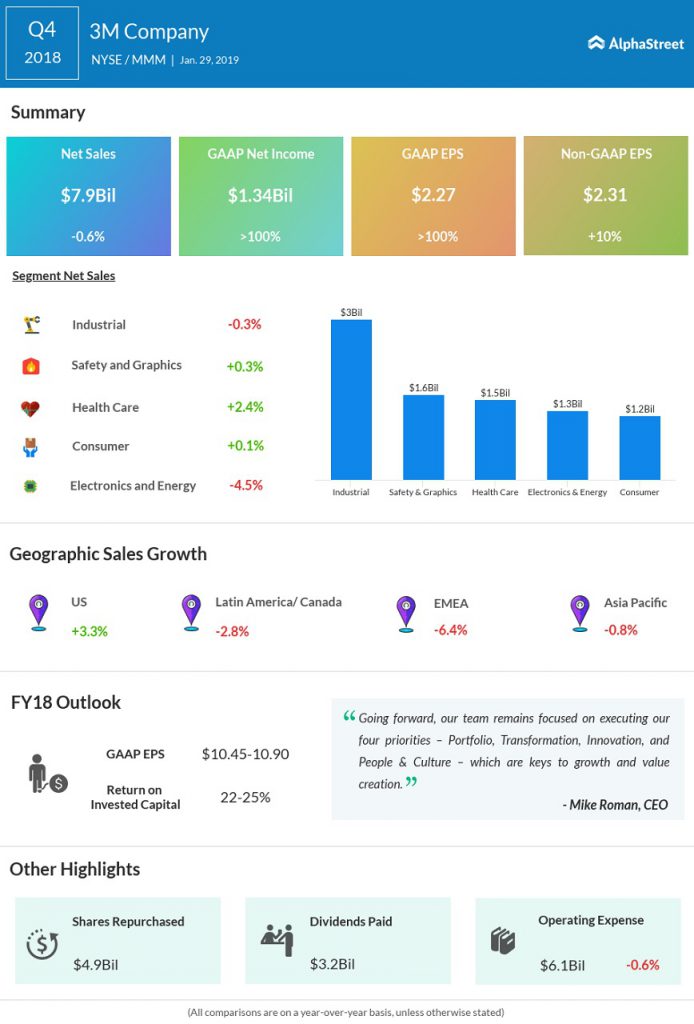 3M stock jumped 3% post the earnings announcement. Shares of the manufacturing giant have declined 25% in the last 12 months. In the last three months, however, the stock improved 4.1% despite the industry decline of 4% on many factors including the China-US trade stand-off.

In Q4, total sales rose 3.3% in the US, while in all the other markets, it witnessed declines. EMEA saw the biggest decline of 6.4% during the quarter.

CEO Mike Roman said, “ We delivered organic growth of 3%, which included growth across all business groups and geographic areas, along with strong cash flow and earnings.”

The Maplewood, Minnesota-based maker of consumer goods said it paid $787 million in cash dividends to shareholders and repurchased $1.3 billion of its own shares during the quarter.