Amazon.com Inc. (NASDAQ: AMZN) surpassed market expectations on earnings while revenues came in line with estimates for the first quarter of 2019. Shares were up 1.1% in after-market hours on Thursday. 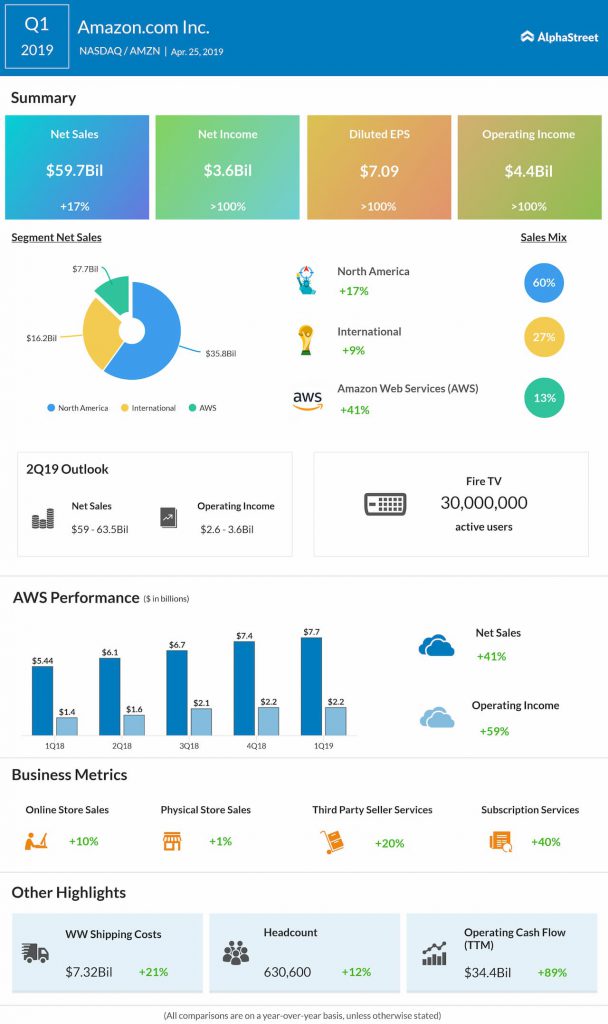 In the coming months, Amazon and Google will launch the official YouTube app on Amazon Fire TV devices and Fire TV Edition smart TVs, as well as the Prime Video app for streaming to Chromecast and Chromecast built-in devices.