American Express Company (NYSE: AXP) will be unveiling its first-quarter earnings Thursday before the opening bell. Wall Street analysts expect the New York-based credit card company to report earnings of $1.98 per share for the quarter, which represents a 6.5% increase from the year-ago period.

The bottom line is estimated to have benefitted from a 7.5% rise in revenues to $10.45 billion. Earnings have topped expectations consistently for more than two years now. Also, the current uptrend in cardmember spending and the hike in card fees will continue to drive growth, encouraging investors to buy Amex shares with confidence.

Another factor that bodes well for the bank is its strategic partnerships, such as the long-term tie-up with Delta Air Lines that was renewed recently. Meanwhile, there is an apprehension that the recent reduction in the benefits of the company’s membership rewards program might have a negative impact in the long term, considering the popularity of the scheme among customers. 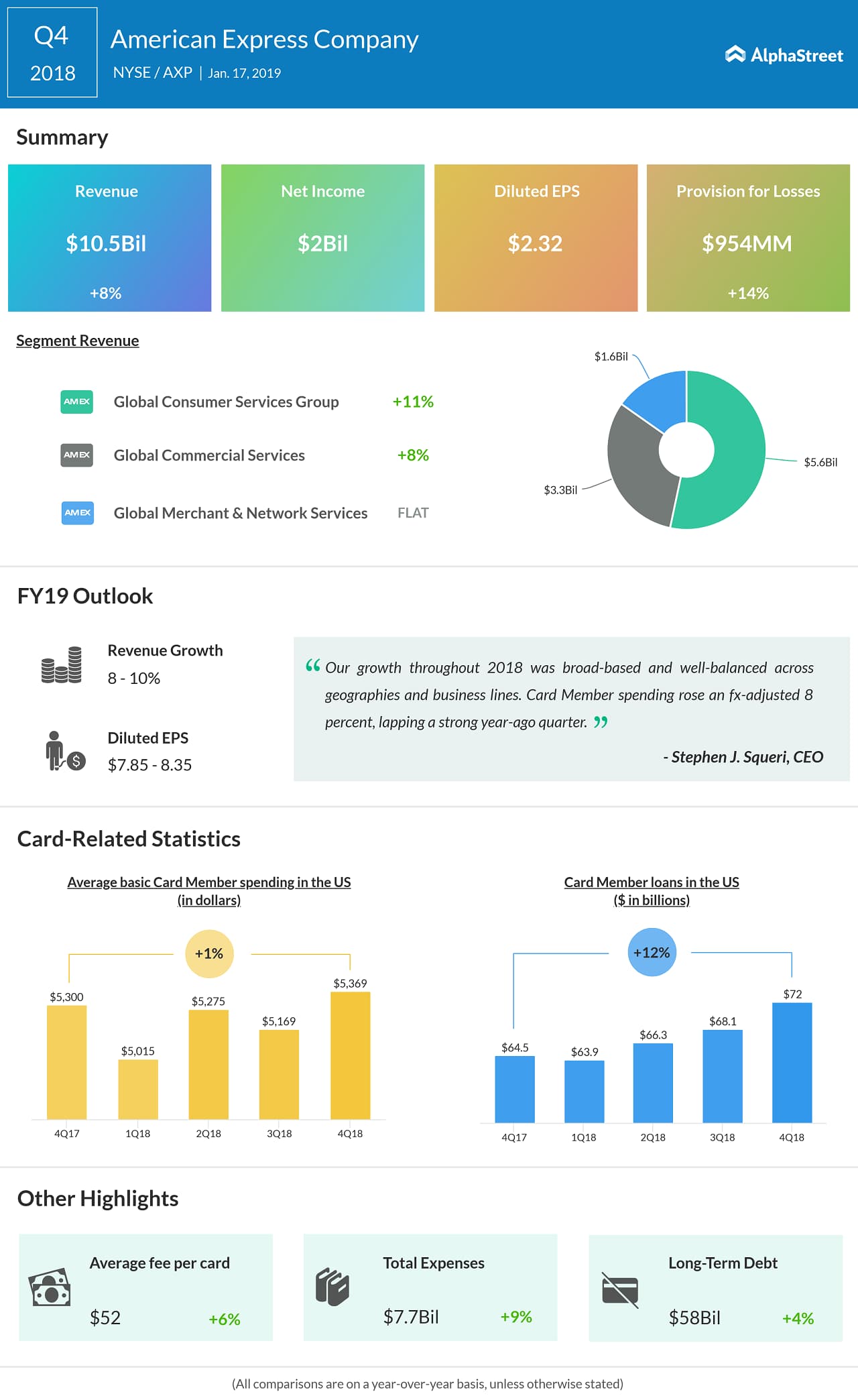 For the fourth quarter, the bank reported earnings of $2.32 per share, marking an improvement from the year-ago quarter when it recorded a loss of $1.42 per share. The turnaround was driven mainly by a tax benefit in the fourth quarter, compared to higher tax-related costs in the prior-year quarter. Revenues rose 8% to $10.5 billion, supported by higher cardmember spending and loan volumes.

Though the market was disappointed by the company’s weak guidance for fiscal 2019 then, the stock bounced back from the post-earnings dip in the following days aided by analysts’ bullish outlook. Analysts’ consensus rating on the stock is hold, while an almost equal number of market watchers recommend buy. The average price target is around $118.

Among others, Mastercard (NYSE: MA) is slated to publish first-quarter earnings on April 30 before the opening bell, while Visa (NYSE: V) will be reporting its second-quarter numbers on April 24 after the market closes.

After ending 2018 on a dismal note, American Express shares maintained a steady uptrend since the beginning this year and gained 16% so far. Over the past twelve months, the stock grew about 10%, outperforming both the financial services sector and the S&P 500.