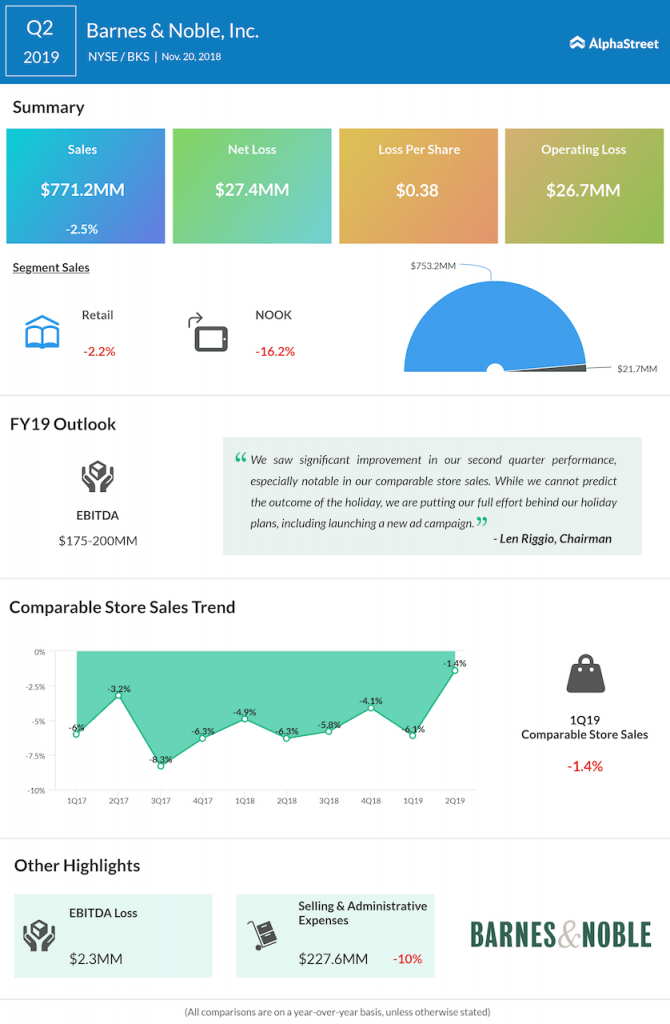 Once the book-selling juggernaut Barnes & Noble announced last month that the board is exploring options after it has got inquiries from various firms to acquire the retailer. The potential parties that showed interest in taking over the company included its current Chairman Leonard Riggio.

“While we cannot predict the outcome of the holiday, we are putting our full effort behind our holiday plans, including launching a new ad campaign. We expect this to lead to continued sales improvement during the holiday period,” said Leonard Riggio.

For fiscal 2019, Barnes & Noble continues to expect EBITDA to be in a range of $175 million to $200 million, excluding unusual or non-recurring items.

Earlier in July, the company axed its CEO Demos Parneros, who didn’t even complete one year as the bookseller’s CEO. In August, Parneros filed a case against the company, mainly alleging its Chairman Riggio. Then, the company came out with the reasons for terminating Parneros and accused him of sexual harassment and violating other company policies.

Barnes & Noble surges above 20%; board to explore sale

The New York-based company’s shares closed down 2.31% at $6.76 on Monday and were down 2.5% when the market opened today. The stock dropped 1% in the year-to-date period, while declining 9% in the past 52-weeks.