Having proved its critics wrong on multiple occasions, Tesla (TSLA) is probably becoming as enigmatic as its CEO Elon Musk. No wonder analysts often find it hard to make reasonably accurate predictions about the company. A few months ago, there was widespread apprehension about the future of the stock when it hit a one-year low, prompting some market watchers to rule out a near-term recovery.

Since then, Tesla’s stock gained more than 40% and is currently hovering near last year’s record high. The recovery was fuelled mainly by the spike in the production of the company’s flagship Model 3 sedan, which in turn boosted the results of the most recent quarter. More importantly, the positive sentiment was not dampened by Musk’s controversial comments on various subjects and his removal from the post of the company’s chairman.

Latest reports show that Tesla has been consistently meeting its Model 3 production targets in the US market and is currently preparing to ship around 3,000 units to Europe every week by next year, thanks to the aggressive initiatives by Musk and team to increase production capacity.

Meanwhile, Musk is continuing his tirade against the Securities and Exchange Commission, mainly expressing displeasure over the restrictions imposed on his social media activities. Last week, the maverick entrepreneur went to the extent of saying that he does “not respect the SEC.” 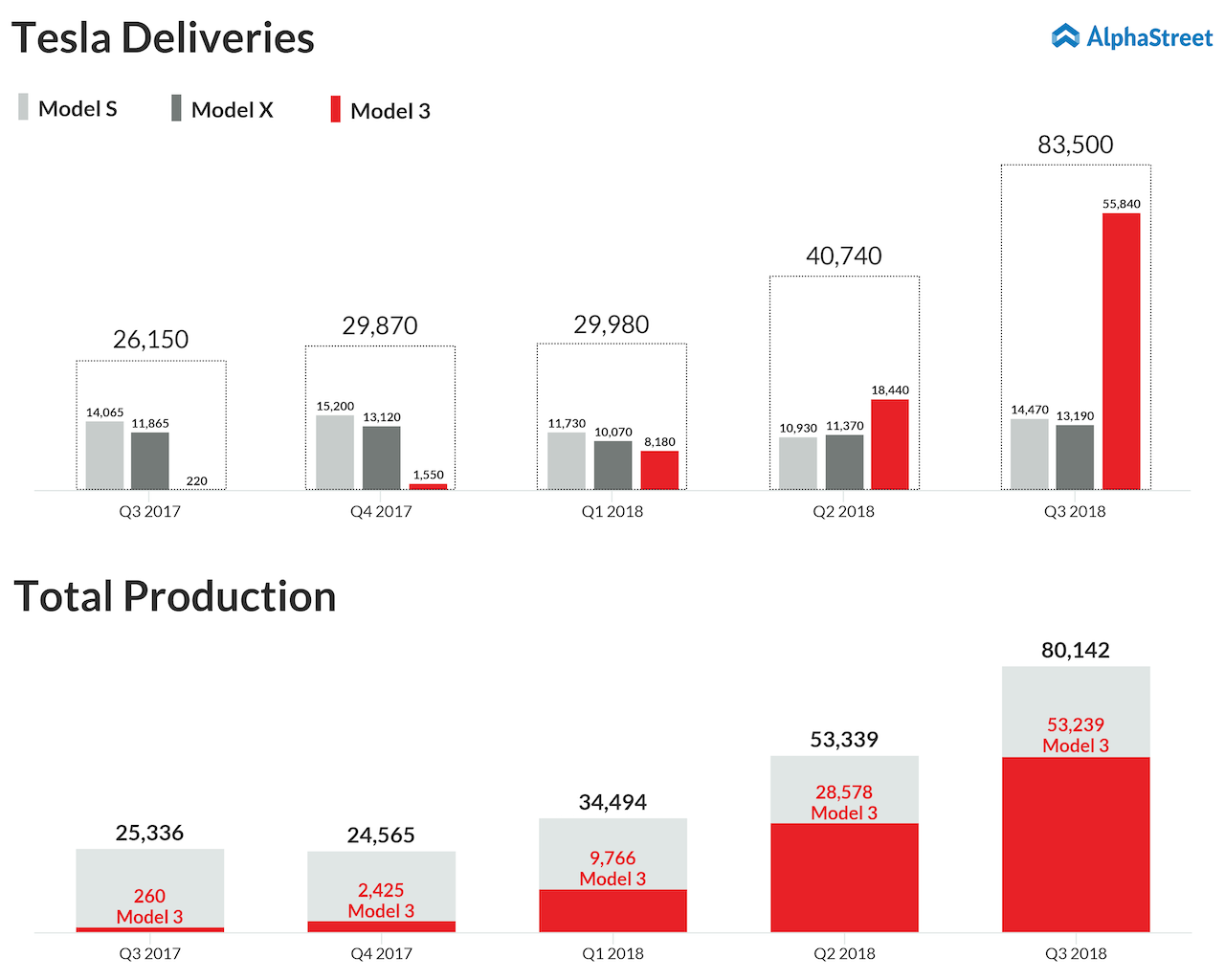 The market seems to have become immune to Musk’s rants and the recent incidents did not make any noticeable impact on Tesla’s stock, unlike in August when his allegedly misleading claim of securing a major funding had triggered high volatility. In a sign that Tesla has finally established its foothold in the electric car market, the management earlier this week revealed plans to further expand the overseas operations.

Come 2019, Tesla cars will hit the roads of South Africa, Musk’s home country, according to a Twitter message shared by him. Tesla has to go a long way before achieving sustainable profitability and cash flow, as the huge amounts pumped into the production facilities in recent months have put an additional burden on it. However, the outlook is bullish after Tesla’s turnaround in the third quarter when it emerged from a losing streak, aided by record high revenues.

After closing the last trading session higher, the stock maintained the uptrend when the market opened Wednesday.