Earnings preview: Bed Bath & Beyond investors are positive ahead of its Q4 earnings

The activist investors’ strong message to Bed Bath & Beyond (BBBY) in the last month has raised the confidence of the analysts and shareholders, and helped the home goods retailer’s stock to surge 34% in the last two weeks. In this scenario, Bed Bath & Beyond is set to release its fourth quarter and full-year 2018 financial results on Wednesday, April 10 after the market close. 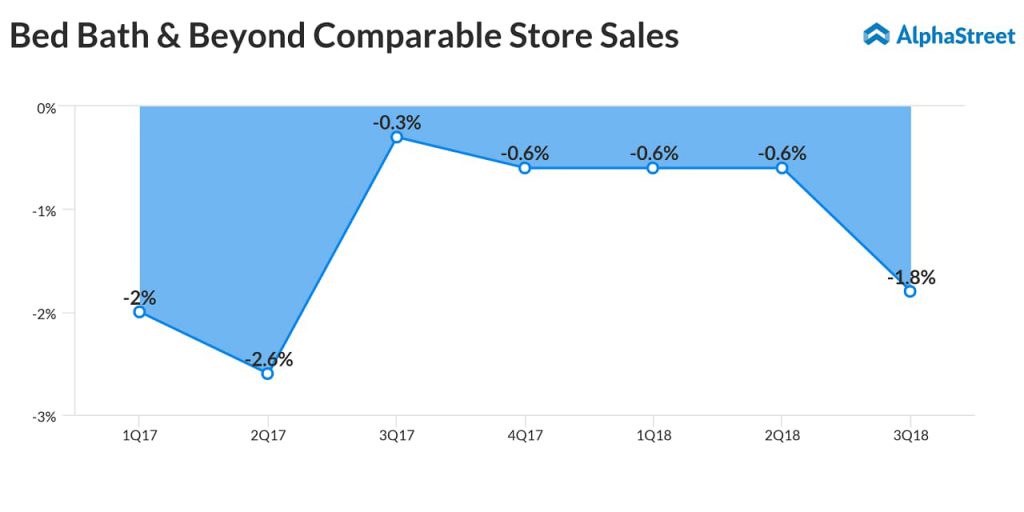 On March 26, a group of activist investors (Legion Partners, Macellum Advisors and Ancora Advisors) nominated 16 candidates for the Bed Bath’s Board of Directors. The activist group accused that during Bed Bath & Beyond’s CEO Steven Temares 15-year tenure, the company had lost above $8 billion in market value and since early 2015, the stock had plunged over 80%.

The activist investors also stated that the management had failed in adapting its business model according to the changing retail landscape and paid high executive compensation. They also added that the company’s board of directors lacked retail experience.

Bed Bath & Beyond responded to the activist investors group’s press release by stating that the many areas highlighted by them are already addressed by the company. The Union, New Jersey-based firm added that it already mentioned in Q3 conference call that the company is ahead of plan with respect to its long-term financial goals.

The activist investors attack on the company had helped its stock price pop up in the past two weeks and on Friday, Morgan Stanley analyst Simeon Gutman upgraded the stock from Under Weight to Equal Weight, with a new 12-month price target of $20.

Investors will be looking how management defends its position with regards to the activist group’s comments. The market will also keenly observe the company’s outlook and its future plans