Beyond Meat, Inc. (NASDAQ: BYND), Thursday reported a wider loss for the second quarter of 2021, despite a double-digit increase in sales. Revenues beat Wall Street’s forecast, while the bottom-line missed. 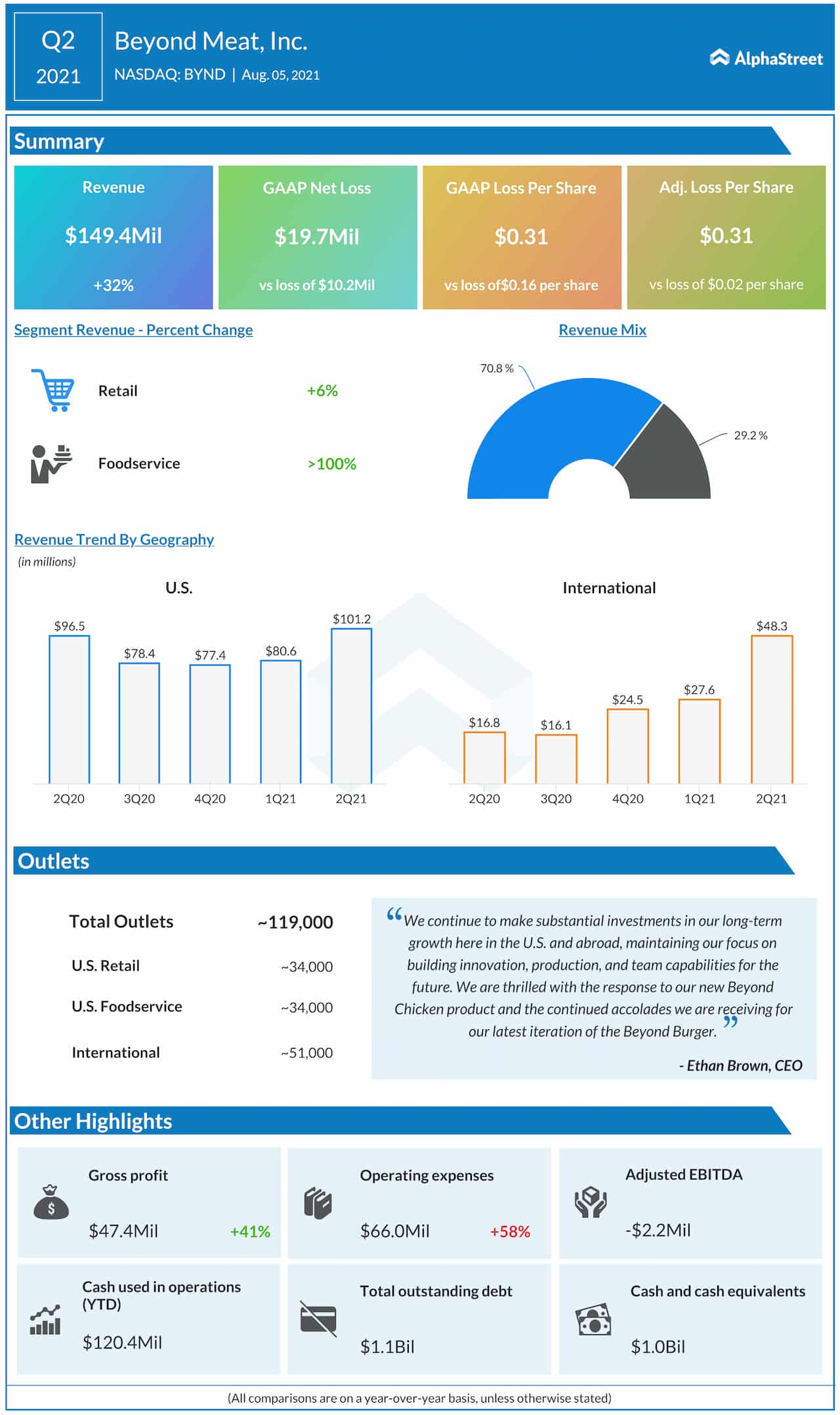 The company, a pioneer in plant-based meat substitutes, reported a loss of $0.31 per share for the June quarter, on an adjusted basis, which is wider than the $0.02-per share loss it incurred in the same period of last year. The market was looking for a smaller loss for the latest quarter. 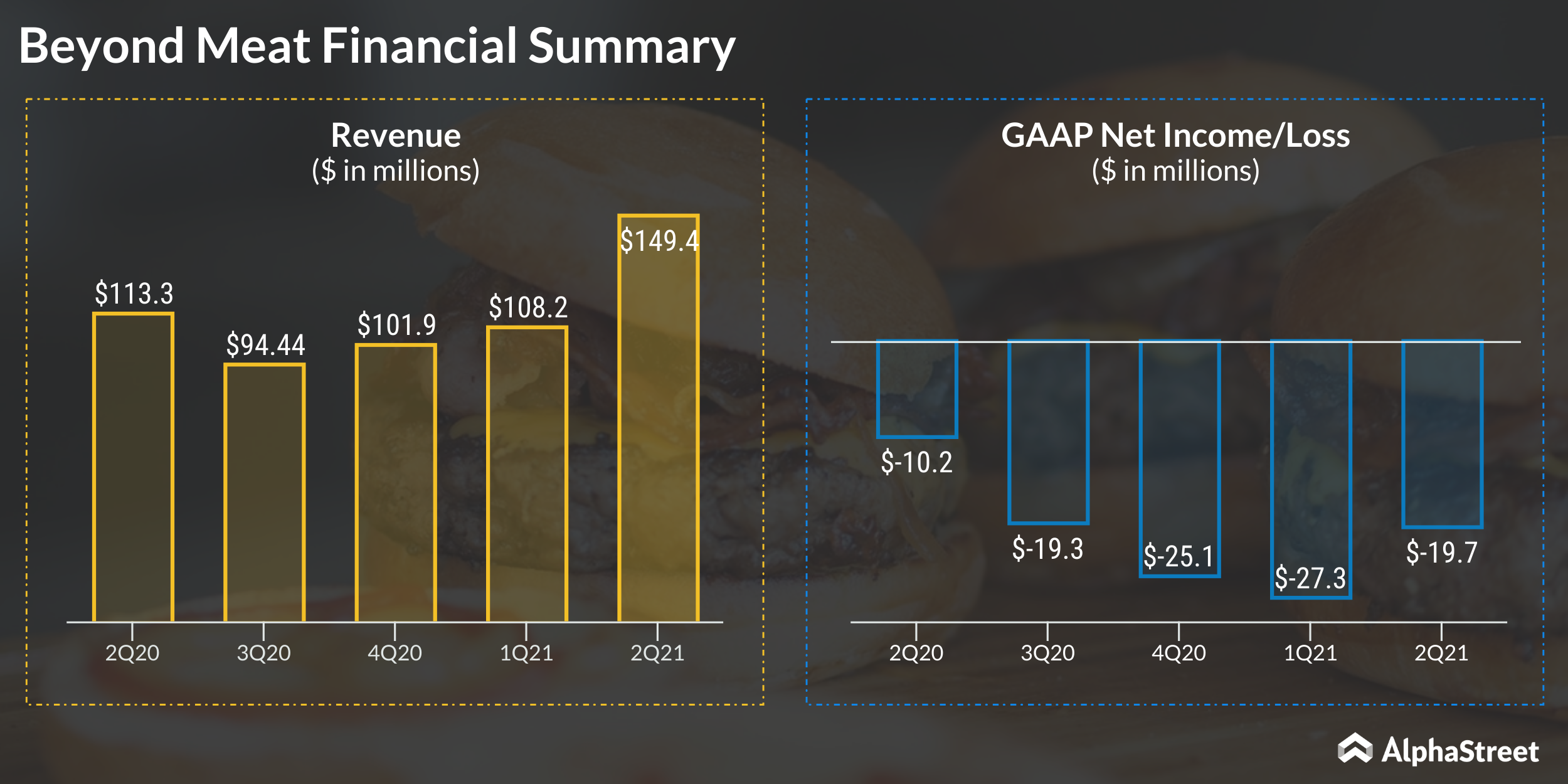 Beyond Meat’s stock has declined 28% in the past six months. The shares closed Thursday’s session lower and continued to lose in the after-hours following the announcement.