BlackRock beats the market in Q1

BlackRock, Inc. (NYSE:BLK) on Tuesday, reported financial results for the first quarter of 2019 before the market opened for regular trade. Net income slumped 4% to $1.05 billion or $6.61 per share, on a revenue slide of 7% to $3.35 billion.

The decline in revenues was primarily the result of a shift in investor interest towards cheaper funds. 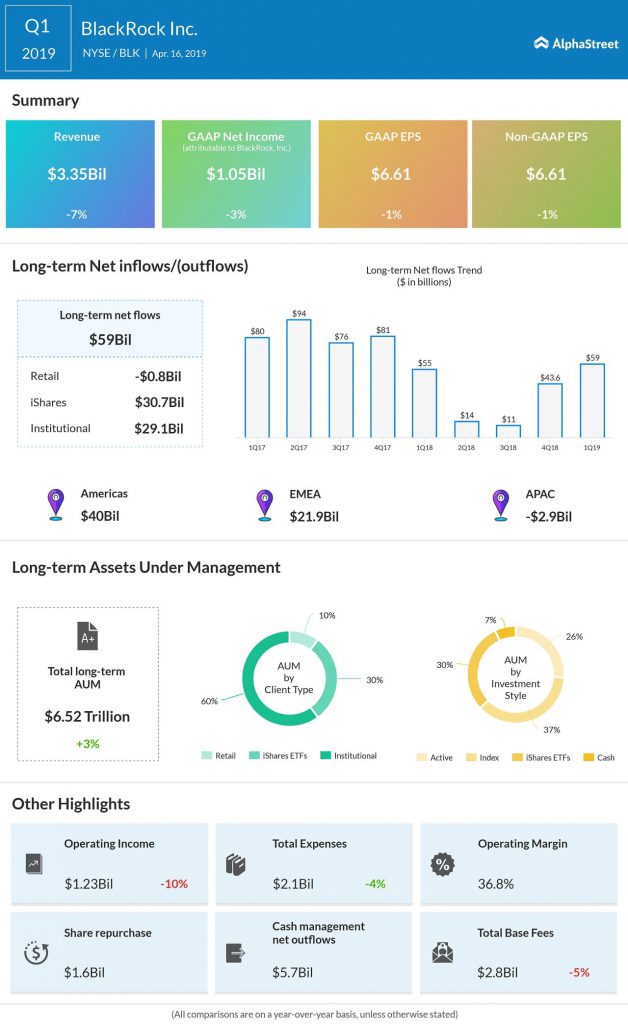 Analysts had expected $6.20 per share earnings on revenue of $3.32 billion. Both the top-line and bottom-line surpassed the market consensus.

Assets Under Management (AUM) for BlackRock rose 3% in the quarter while operating income slumped 10% to $1.23 billion.

Total long term net flows $59 billion during the quarter, and the growth was spurred primarily by the institutional segment.

BlackRock shares have closed its last trading session down 0.48% on Monday. Since the beginning of this year, the stock has gained 16%.