Asset manager BlackRock (BLK) topped analysts’ earnings estimate during Q2 2018, even as revenue growth came in line with the market expectations. The company reported earnings of $6.62 per share. Excluding items, earnings came in at $6.66 per share, topping analysts’ estimate of $6.61 per share. Revenue came in at $3.60 billion, which was in line with analyst estimates.

Revenue during the quarter rose 11%  helped by base fees, performance fees, and technology services revenue. The rise in earnings was aided by the lower tax rate. The effective tax rate fell to 23.7% during the quarter, from 30.5%.

The New York-based company reported assets under management  (AUM) of $6.299 trillion for the quarter, an increase of 11%. 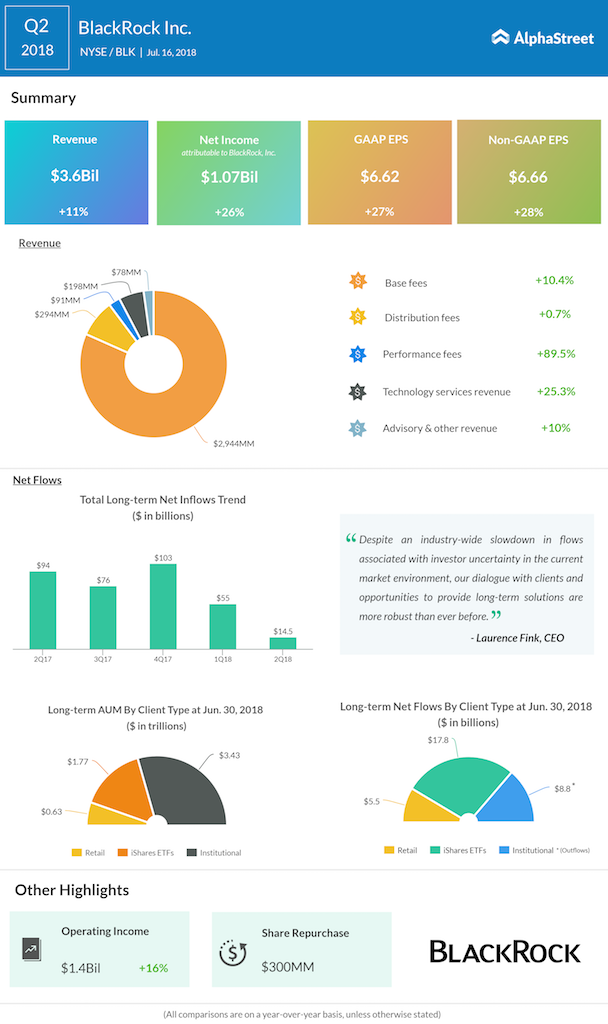 Now that the investment mania for cryptocurrencies is growing, BlackRock is said to be evaluating different options of how it can take an advantage of this emerging cryptocurrency market. The financial giant has apparently set up a team from different sections of the business to investigate cryptocurrencies.

This is surprising because last year the company executive Larry Fink had criticized the digital currency. Similar to BlackRock, JP Morgan too changed its perspective on cyrpto trading and has launched a strategy on crypto trading. Goldman Sachs (GS) announced in May that it is launching a trading desk for bitcoin. 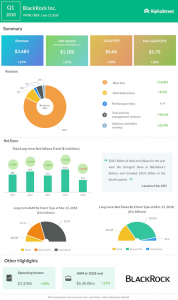