Despite the volatility in the recent months, equity markets performed well in the third quarter. While the rate cut is likely to affect the company’s performance, the positive performance in the equity markets is expected to offset that. 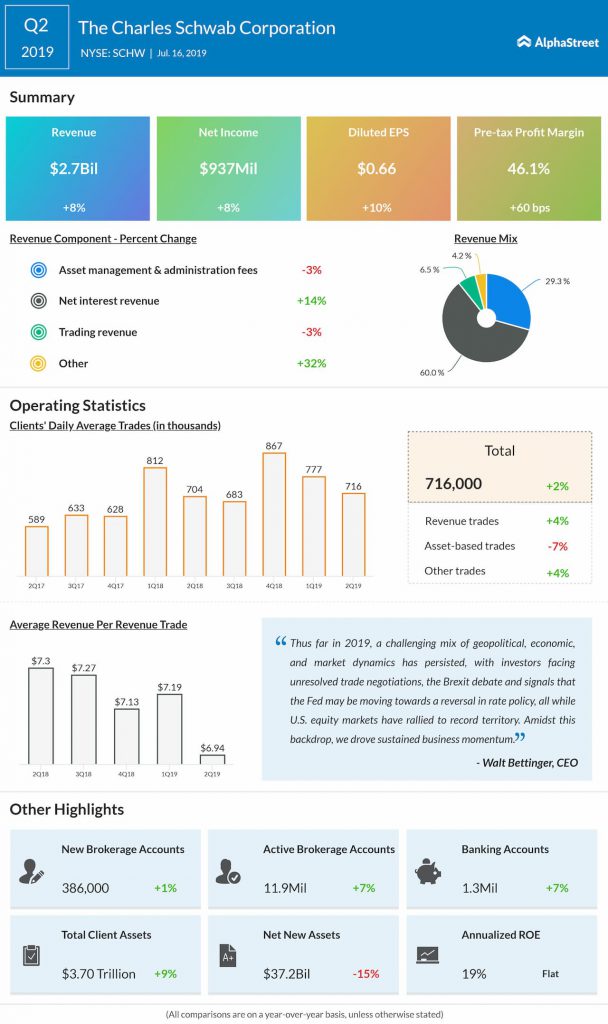 For the second quarter of 2019, Charles Schwab surpassed earnings estimates while revenue came in line with the analysts’ views. Asset management and administration fees declined 3% annually to $786 million. Trading revenue decreased 3% to $174 million.

As of August 31, 2019, Schwab’s client assets under management totaled $3.72 trillion. The San Francisco, California-based firm has active brokerage accounts of 12.1 million and banking accounts of 1.4 million.

Charles Schwab stock had given a negative return in both year-to-date and past 52 weeks, declining 10% and 23%, respectively.