Dave & Buster’s Entertainment (PLAY) reported a 0.5% rise in earnings for the first quarter of 2019 due to lower income taxes provision and higher total revenues. The bottom line exceeded analysts’ expectations while the top line missed consensus estimates. The operator of entertainment and dining venues lowered its net income and revenues guidance for the full year 2019. Following this, the stock declined over 16% in the after-market session. 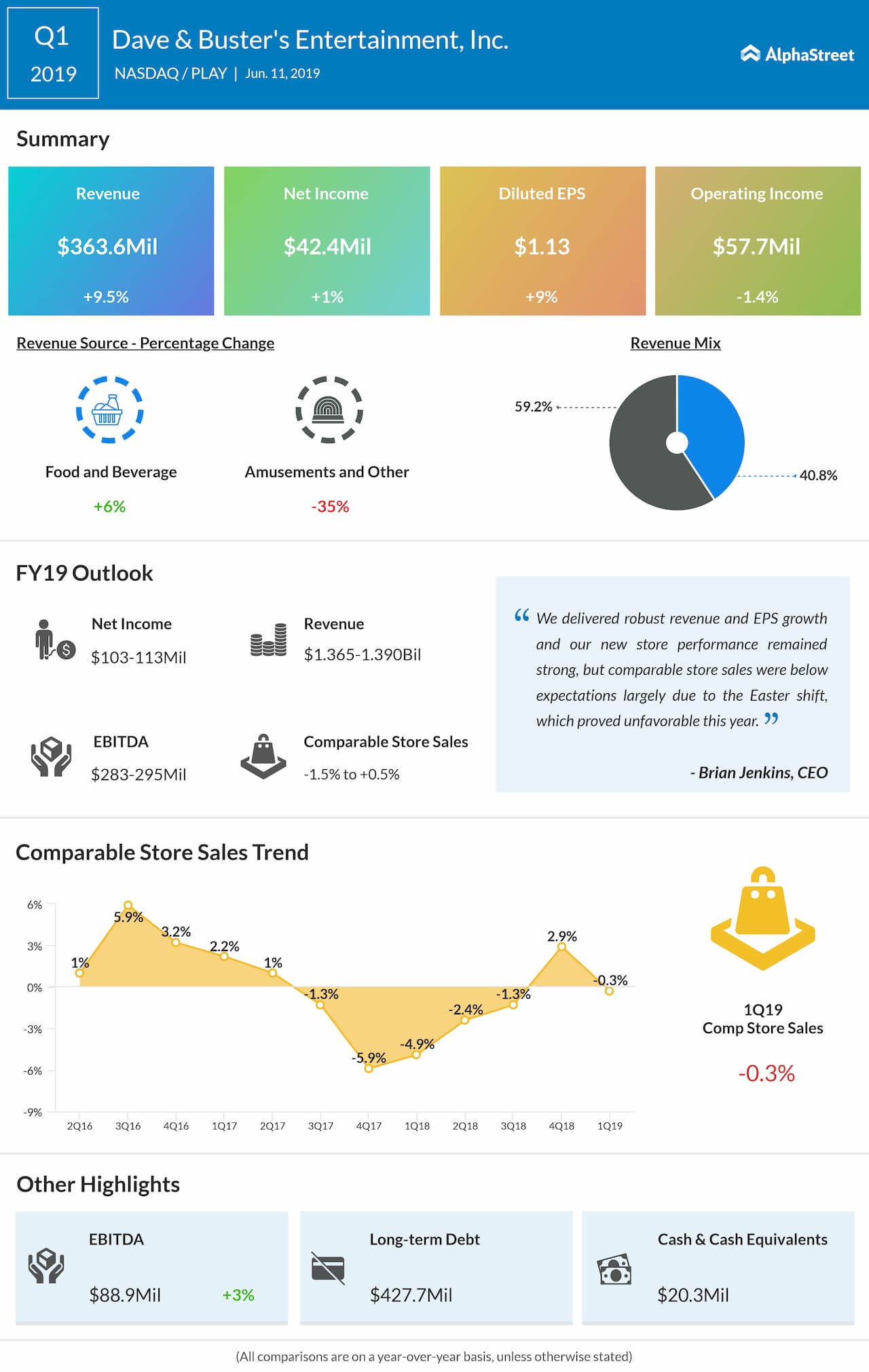 For the full year, the company cut its EBITDA guidance to the range of $283 million to $295 million from the previous range of $285 million to $300 million. Total capital additions (net of tenant improvement allowances and other landlord payments) outlook remained unchanged at $190 million to $200 million.

The company continues to be on track to open 15 to 16 new stores in the fiscal year 2019. This represents unit growth of about 12%, consistent with its target of 10% or more annual unit growth. The company has opened seven new stores during the first quarter of 2019 and has already opened a store during the second quarter. Two more stores are expected in the second quarter of 2019. As of June 4, 2019, there were 8 stores under construction.