DISH Network Corporation (NASDAQ: DISH) missed market expectations on earnings for the first quarter of 2019 while revenues came in line with estimates. 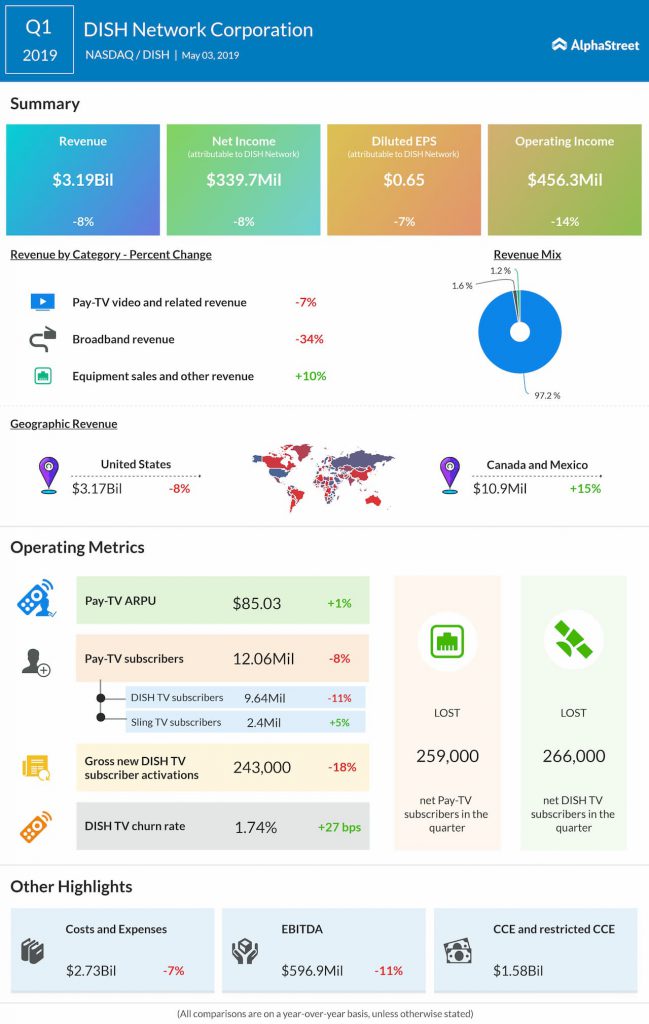 Net pay-TV subscribers declined by approx. 259,000 subscribers in the first quarter, compared to a decline of approx. 94,000 in the year-ago period. The company also lost approx. 266,000 DISH TV subscribers but added around 7,000 Sling TV subscribers. Pay-TV subscriber losses during the quarter were negatively impacted by Univision and AT&T’s removal of some of their channels from the DISH TV and Sling TV programming lineup.

In March, DISH reached an agreement with Univision Communications for carriage of Univision networks and stations on DishLATINO and DISH. The companies had also agreed to settle all pending litigation issues with each other.

Dish’s shares have climbed 34% so far this year.