Dish Network Corp’s (DISH) stock gained 0.30% in pre-market trade on Wednesday as the US satellite TV service provider posted better-than-expected revenue in the fourth quarter. Revenue for the quarter stood at $3.31 billion, higher than the street projection of $3.28 billion.

The top line was helped by its online streaming arm Sling TV, which added about 26,000 subscribers year-over-year. 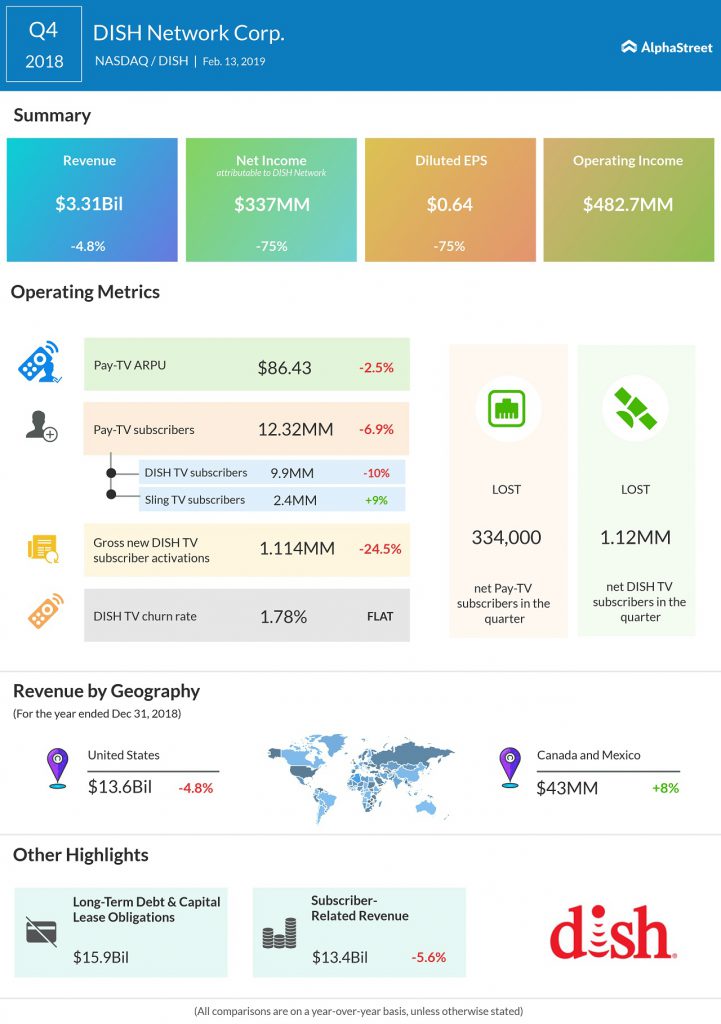 Cheaper services such as Netflix (NFLX) and Hulu have taken over traditional satellite TV, and more people adopted cord-cutting in the fourth quarter, posing a greater threat to Dish Network.

DISH stock has declined 29% in the trailing 52 weeks period.