Fast-food chain Domino’s Pizza (NYSE: DPZ) reported a 4% rise in earnings for the first quarter of 2019 helped by higher royalty revenues from US and international franchised stores and an increase in supply chain volumes as well as healthy growth in global retail sales. The bottom line exceeded analysts’ expectations while the top line missed consensus estimates.

Net income rose by 4.3% to $92.65 million and earnings jumped by 10% to $2.20 per share. The net income growth was primarily driven by higher royalty revenues from the US and international franchised stores and higher supply chain volumes. This was partially offset by higher general and administrative expenses due to its continued investments in technological initiatives and investments in other areas.

Revenue increased by 6.4% to $835.96 million. The increase was due primarily to higher supply chain volumes resulting from higher retail sales. Higher same-store sales and store count growth in both the company’s US and international markets also contributed to the increase in revenues. 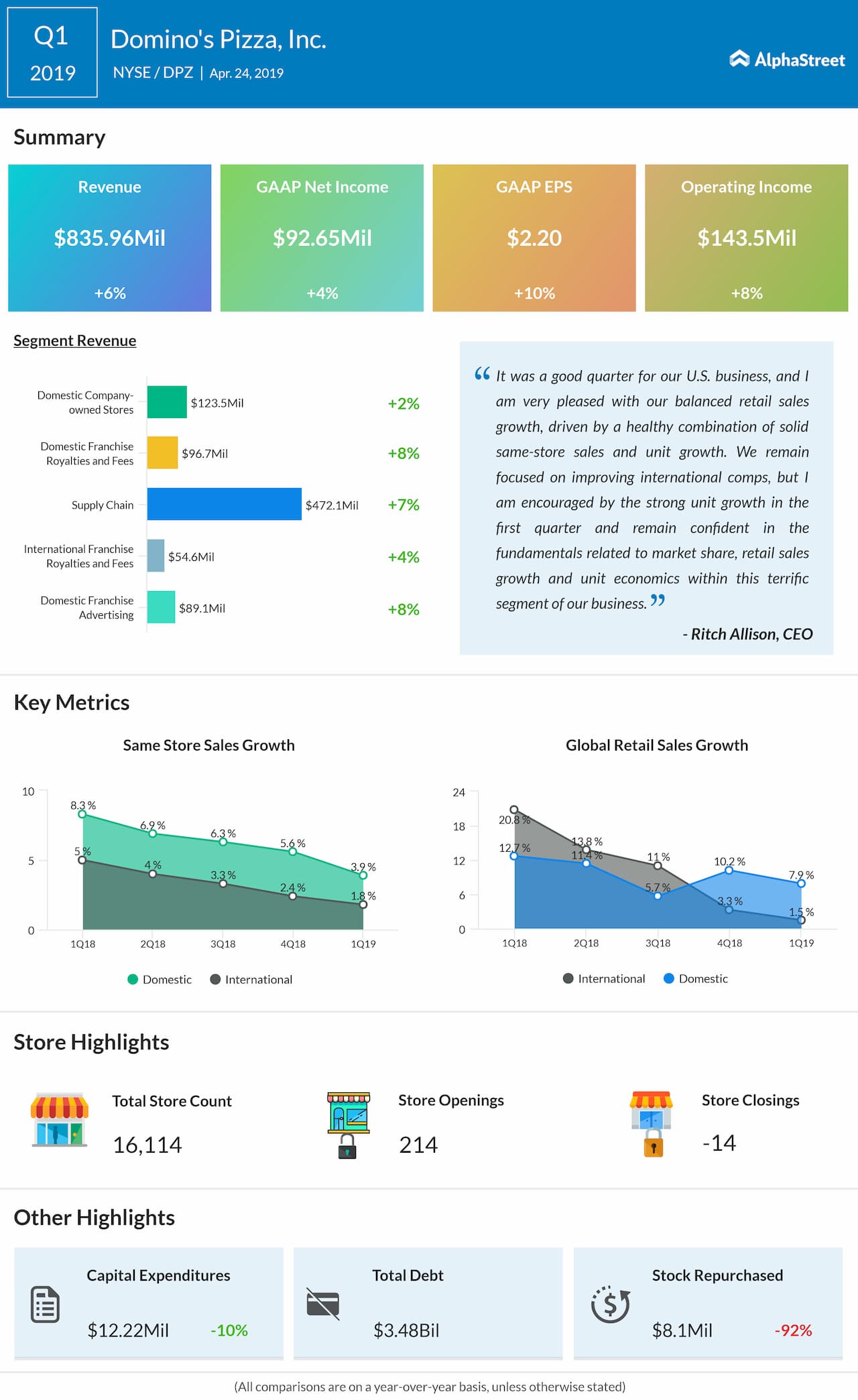 Global retail sales increased by 4.6% in the first quarter. US same-store sales grew 3.9% from a year ago, continuing the positive sales momentum in its US business. The international division also posted positive results, with same-store sales growth of 1.8% during the quarter.

Shares of Domino’s Pizza ended Tuesday’s regular session up 1.58% at $270.20 on the NYSE. Following the earnings release, the stock inched up over 6% in the premarket session.