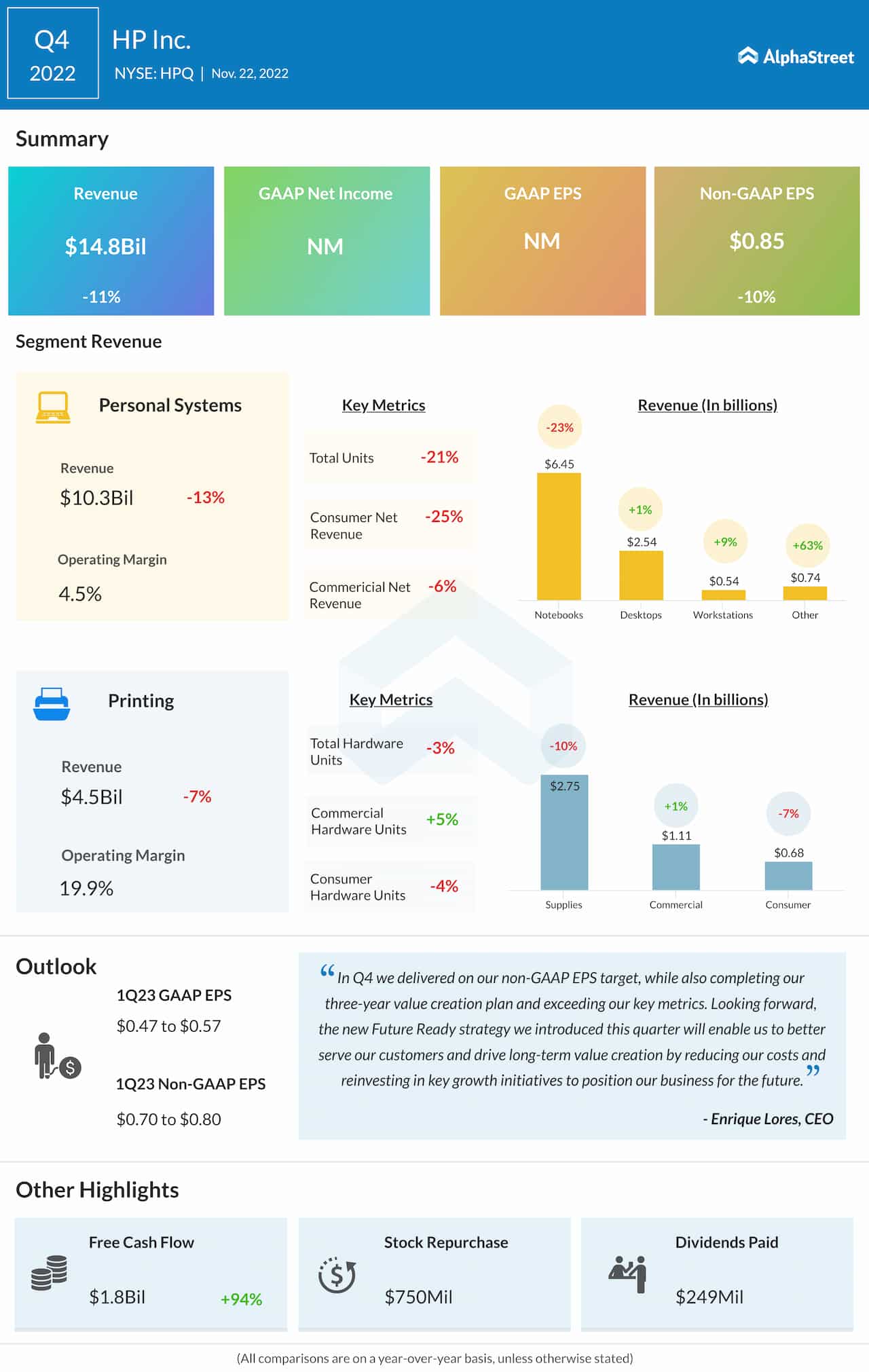 Fourth-quarter earnings, adjusted for special items, dropped to $0.85 per share from $0.94 per share in the corresponding period of last year. On a reported basis, the bottom line was breakeven in the three-month period, compared to net income of $3.1 billion or $2.71 per share in the fourth quarter of 2021.

“We had a solid end to our fiscal year despite navigating a volatile macro-environment and softening demand in the second half. In Q4 we delivered on our non-GAAP EPS target, while also completing our three-year value creation plan and exceeding our key metrics,” said HP’s CEO Enrique Lores.