The highest valued soccer club in the world, Manchester United (MANU), Thursday surprised investors by posting second-quarter adjusted earnings of 28.13 pence (~$0.36) per share. Wall Street was expecting the company to post earnings of $0.20 per share. 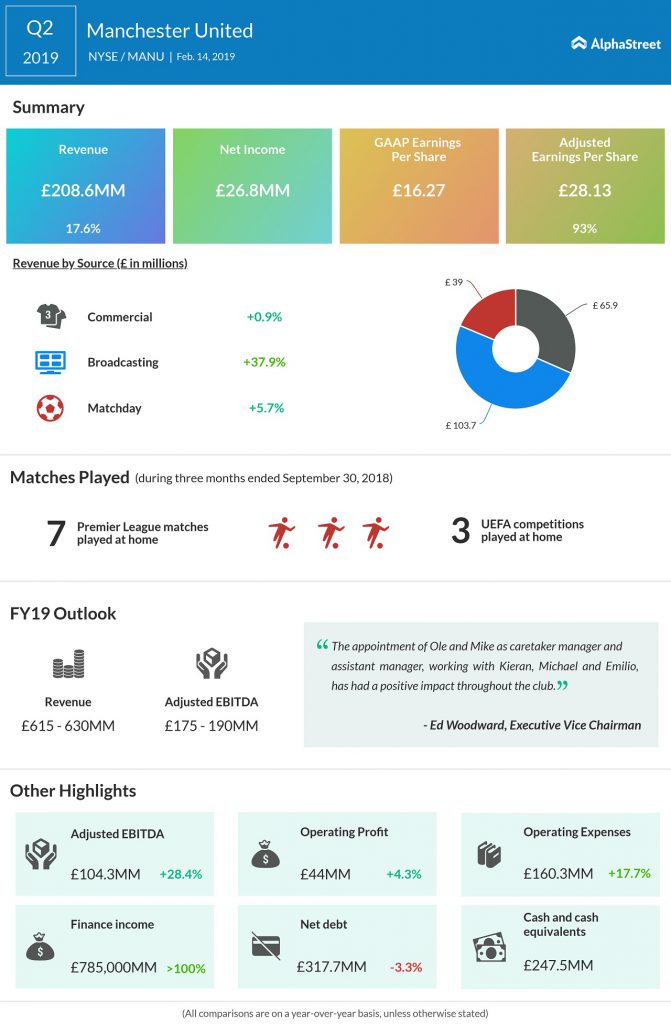 Executive Vice Chairman Ed Woodward said, “The appointment of Ole and Mike as caretaker manager and assistant manager, working with Kieran, Michael and Emilio, has had a positive impact throughout the club. We are delighted with the improvement in the team’s performances since December and we look forward to a strong finish to the 18/19 season.”

Manchester United reiterated its revenue expectation for fiscal 2019 in the range of £615 million to £630 million. Adjusted EBITDA is expected to be between £175 million and £190 million during this period.

MANU shares closed its last trading session up 0.20% on Wednesday. The stock has lost 24% of its value since hitting an all-time peak in August.

The three-time UEFA Champions League winner also said a semi-annual cash dividend of $0.09 per share was paid on 4 January 2019.