The highest valued soccer club in the world, Manchester United (MANU), Thursday surprised investors by posting first-quarter adjusted earnings of 4.26 pence ($0.06) per share. Wall Street was expecting the company to post a loss of $0.09 per share.

Adjusted EBITDA fell 25% to £29.4 million in Q1. A 550% increase in finance costs, caused by unrealized foreign exchange losses, weighed on the earnings during the quarter. 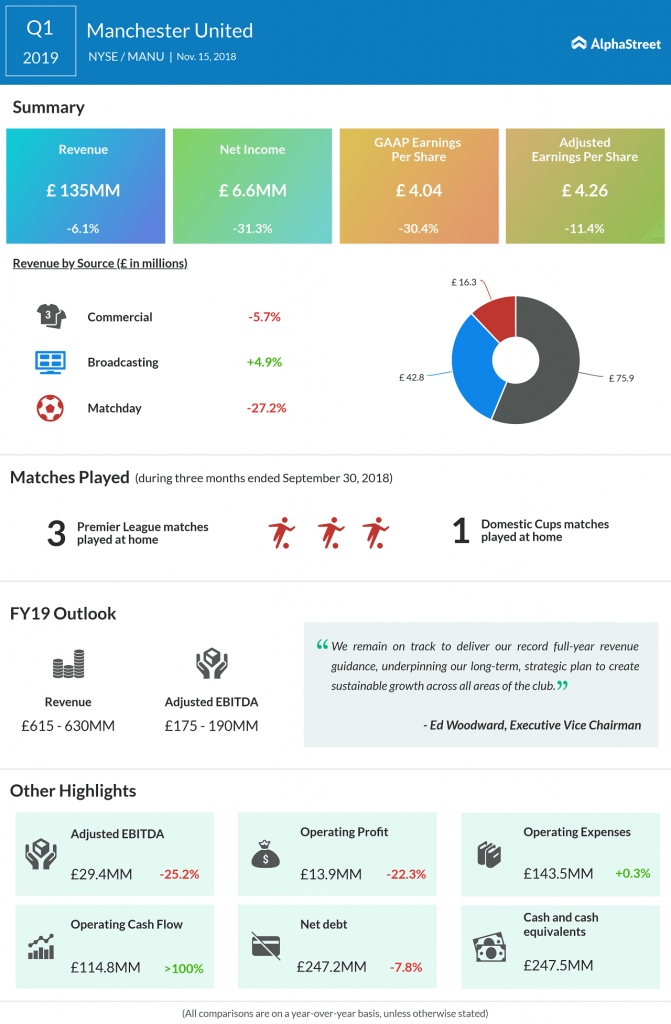 Executive Vice Chairman Ed Woodward  said, “Our financial strength enables us to continue to attract and retain top players and to invest in our academy, as we look to drive the success on the pitch that the club and our fans expect.”

For fiscal 2019, Manchester United reaffirmed its guidance for revenue at £615 million to £630 million. Adjusted EBITDA is projected to be between £175 million and £190 million.

The soccer club announced a semi-annual dividend of $0.09 per share, which will be paid on January 4, 2019.

MANU shares closed 3.2% higher after Wednesday’s trading hours. The stock has gained 9% so far this year.