These have given investors enough reasons to stay positive, even though the stock is currently trading 93% below its all-time high, achieved shortly after its IPO in 2014. During the fourth-quarter earnings conference call, the management had expressed confidence in maintaining this momentum into fiscal 2019. But how far could this be possible? 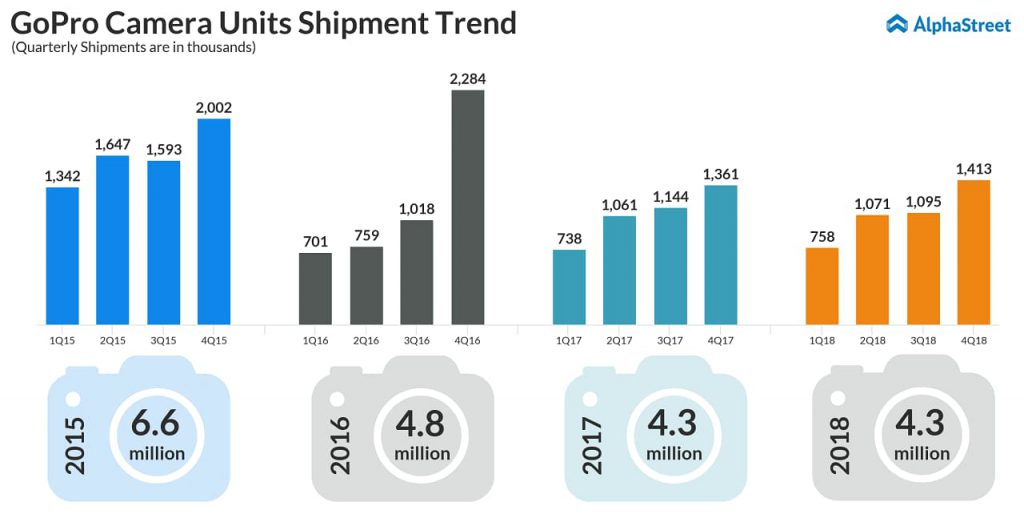 As you may already be aware, the first quarter is GoPro’s weakest seasonal period. Hence, revenues are expected to see an unimpressive 16% growth compared to last year. Wall Street has pegged Q1 revenue expectations at $243.5 million.

A good part of the revenue should come from the Hero 7 Black, which was launched in September last year. With a slew of new features, the device has impressed the tech world, much more than its predecessor, the Hero 6. The product has helped GoPro improve its average selling price 8% year-over-year.

Wall Street expects the San Mateo, California-based company to report a loss of 9 cents per share, narrower than the loss of 34 cents per share it reported during the same quarter last year. However, it may be noted that the street projection has seen multiple revisions over the past quarter when it was widened from the prior estimate.

In the fourth quarter, GoPro’s total revenue grew 13% to $377.3 million. GoPro.com represented more than 10% of revenue in the quarter and grew over 50% year-over-year.

The stock has a 12-month average price target of $7.50, suggesting a 20% upside from the last close. 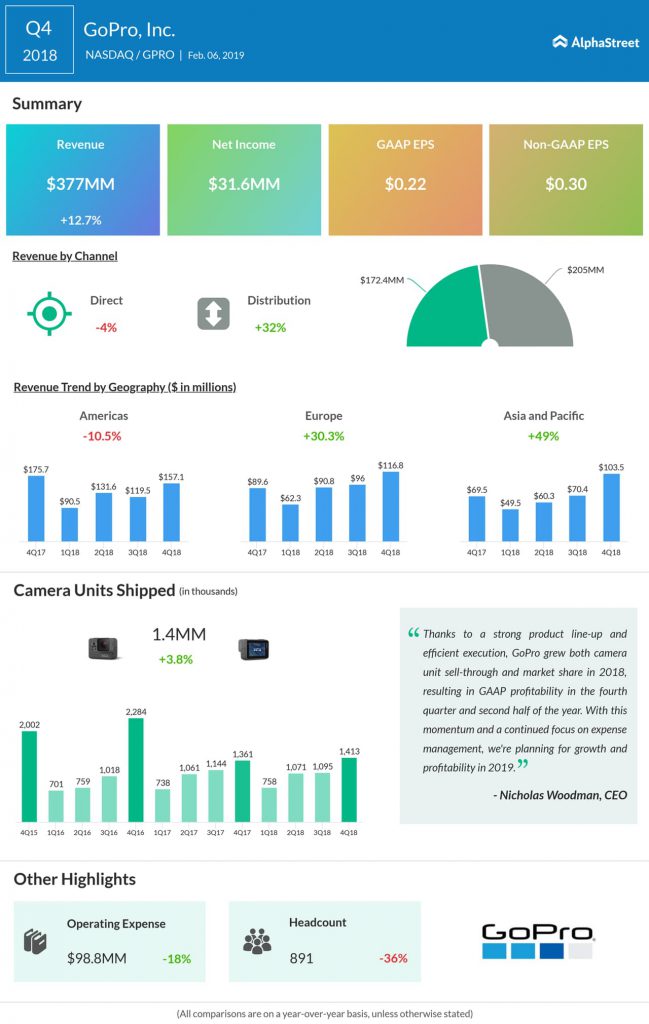