Earnings preview: What to look for when Alphabet (GOOGL) reports Q1 2019 results

Alphabet Inc. (NASDAQ: GOOGL) is scheduled to report earnings results for the first quarter of 2019 on Monday, April 29, after market close. The consensus estimate is for earnings of $10.56 per share on revenue of $37.3 billion.

There is both optimism and concern surrounding Alphabet’s earnings results. The company continues to see strength in advertising. Advertising revenue has consistently grown over the quarters barring a slight dip during the first quarter of 2018. 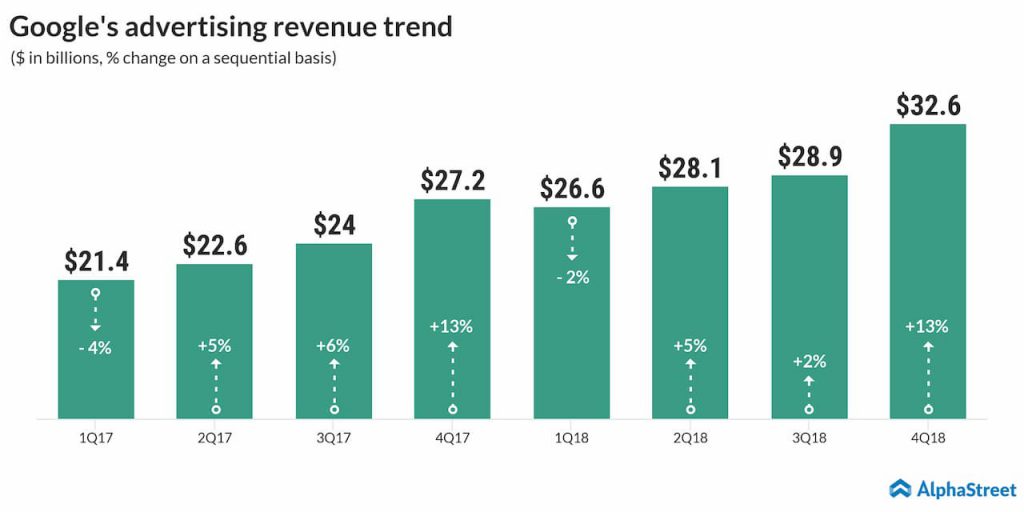 Outside advertising, the search giant’s efforts in diversifying its revenue are paying off. An example is its cloud business, which continues to gain momentum. Alphabet’s investments in artificial intelligence, autonomous driving and other similar ventures are also likely to prove beneficial in the longer-term. Updates on Google Cloud and the Waymo unit are something to watch out for.

On the flip side, Alphabet faces tough competition in the advertising space from Facebook (NASDAQ: FB) and Amazon (NASDAQ: AMZN) and these pressures are likely to weigh on advertising revenue. The company might also see higher costs due to increased investments which could hurt the bottom line.

The main cause for concern remains the regulatory pressures the company continues to face. Alphabet’s subsidiary Google has been handed several fines from regulatory agencies in the European Union which have negatively impacted profits. The recent $1.7 billion fine for unfair ad business practices is expected to have the same effect on the bottom line.

Alphabet has been facing similar issues in the US over data security and, along with its tech peers, faces the possibility of stricter regulation. Such regulation could again impact advertising revenues. This is another important area to keep an eye on.

In the fourth quarter, Alphabet beat revenue and earnings estimates. Revenues grew 22% to $39.3 billion while EPS totaled $12.77. Advertising revenue increased 20% while other revenues, which includes the cloud business, grew 30%. 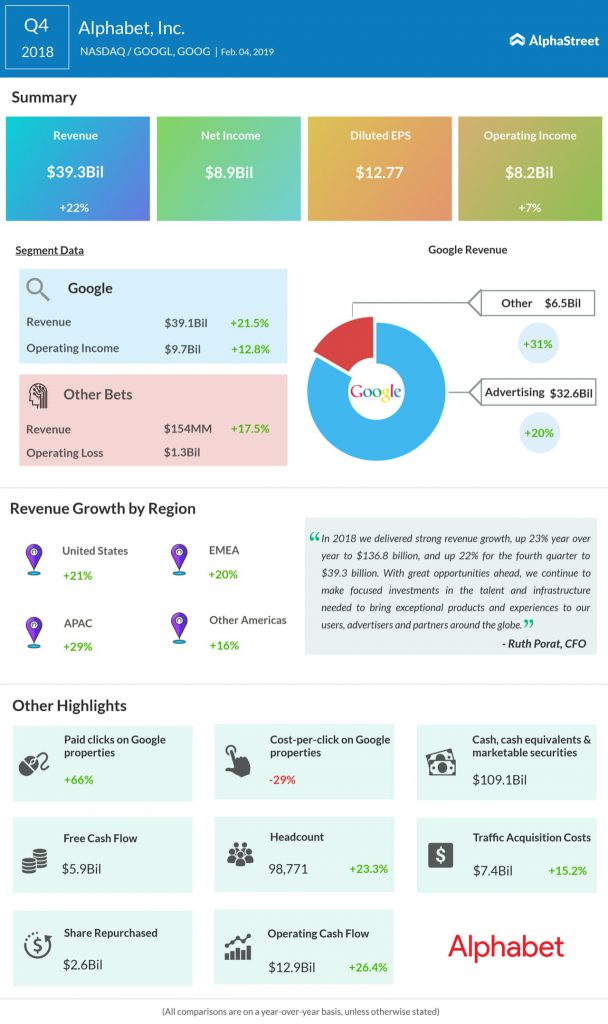 Alphabet’s shares have gained 21% so far this year.