Online travel company Expedia Group (Nasdaq: EXPE) reported a narrower net loss for the first quarter, supported by a 4% increase in revenues. The top line, however, missed the estimates and the company’s stock lost about 5% in the after-hours trading Thursday. 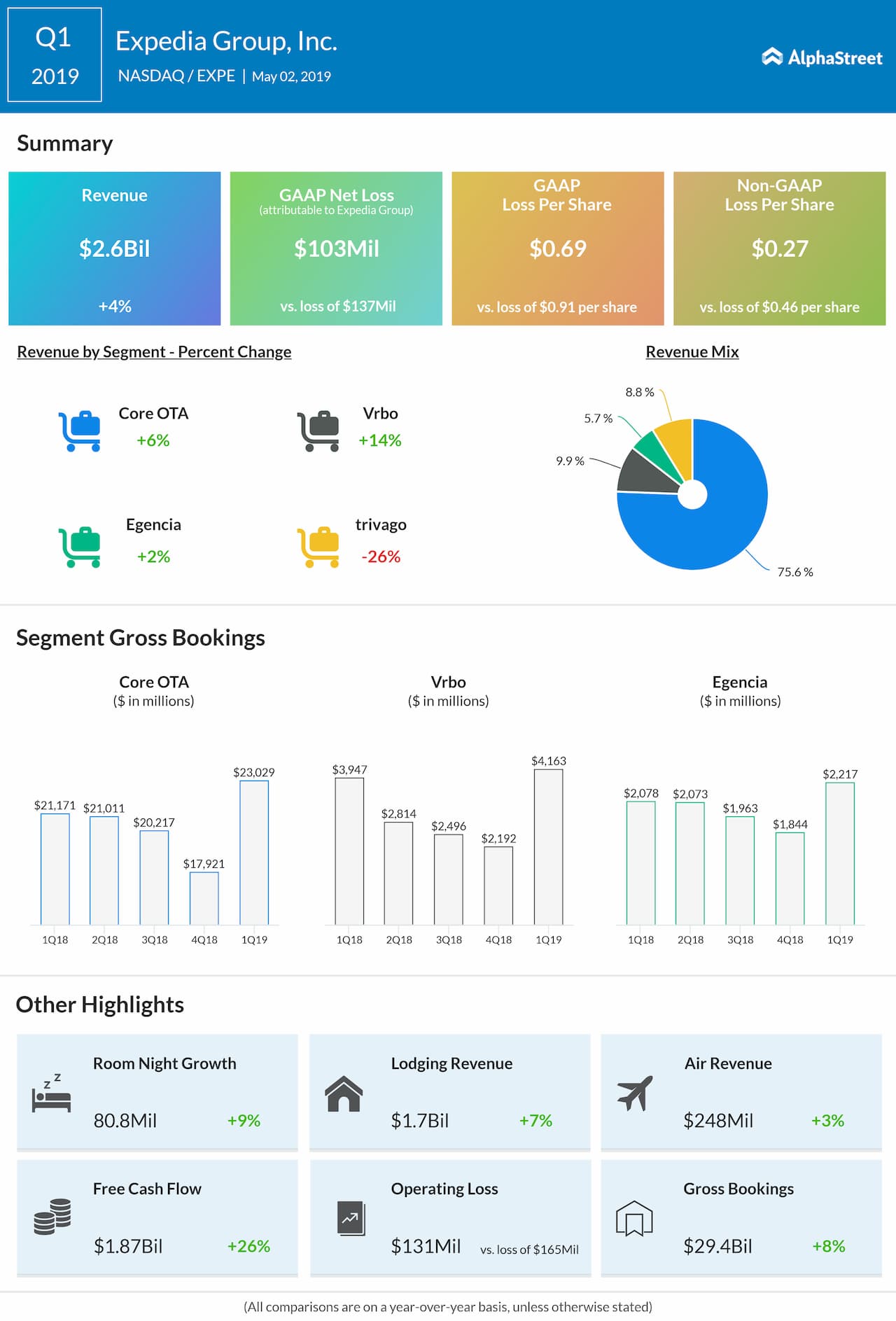 The Bellevue, Washington-based company reported a loss of $0.27 per share for the March-quarter, on an adjusted basis, compared to a loss of $0.46 per share in the corresponding period of last year. Analysts were looking for a wider loss.

Net loss attributable to shareholders, on a reported basis, was $103 million or $0.69 per share during the quarter, compared to a loss of $137 million or $0.91 per share in the year-ago period. The improvement was due to a 4% increase in revenues to $2.61 billion, which however missed the Street view.

The positive top-line performance reflects contributions from Expedia Partner Solutions and Brand Expedia. At Vibo,  Expedia’s short-term rental business, growth slowed for the second straight month. Domestic revenue was up 9%, while international revenue decreased 2% due to weakness in the performance of the Trivago business division.

During the quarter, gross bookings increased 8% and total stayed lodging room nights rose 9%. At the end of the quarter, the company has more than 1.1 million properties available on its core lodging platform.

In the fourth quarter, there was a 10% growth in revenues to $2.55 billion, with strong contributions from both Brand Expedia and Expedia Partner Solutions. Consequently, earnings jumped 49% to $1.24 per share, beating the estimates.

Last month, Expedia signed an agreement to acquire Liberty Expedia Holdings in an all-stock transaction, pursuant to which around 3.1 shares are expected to be retired.

Expedia’s competitor TripAdvisor (TRIP) is scheduled to publish third-quarter results on May 7, after the closing bell. It is widely expected that earnings will remain unchanged at $0.3 per share on revenues of $387 million.

Expedia shares moved up 16% since last year and 14% so far this year. The stock traded slightly lower during Thursday’s session and lost further after the earnings report.