ExxonMobil (NYSE: XOM) on Friday posted Q3 financial results that were ahead of Wall Street estimates. Total revenues and other income were down 15% $65 billion, narrowly exceeding the street consensus of $64.7 billion.

Oil-equivalent production was up 3% year-over-year to 3.9 million barrels per day. 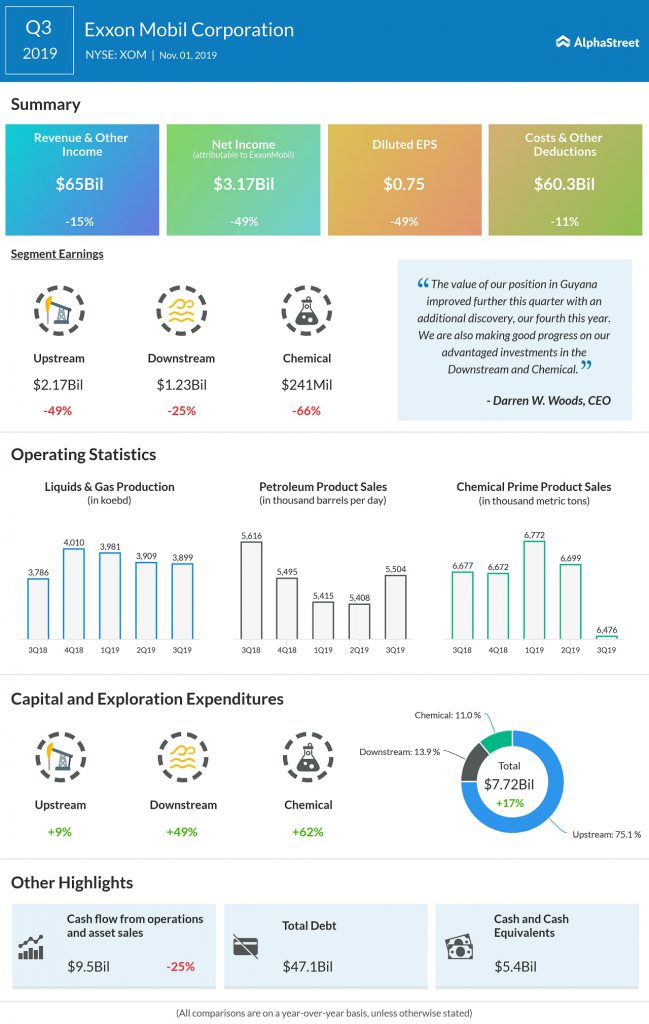 The oil and natural gas giant said its earnings for the quarter almost halved to 75 cents per share, hurt by weakness in crude oil demand. However, this was 8 cents higher than the street target.

The company stated that in Q3, it started production at the new high-performance polyethylene line in Beaumont. The expansion has raised production capacity by 65% or 650,000 metric tons per year.

Last month, Exxon announced the sale of its upstream operations in Norway to Var Energi AS for $4.5 billion. This is part of the company’s plans to divest around $15 billion in non-strategic assets by 2021. Exxon said it is making progress with the deal, which is expected to close this quarter.

Meanwhile, Exxon is also facing trial on grounds of misleading investors on the costs related to climate change regulations.

XOM stock was up 0.7% immediately following the earnings announcement. ExxonMobil’s shares have dropped 10% in the past three months.