Leading wearables maker Fitbit (FIT) reported flat fourth quarter revenues of $571 million vs. prior year period. On a GAAP basis, the company pared down its losses to $0.19 per share vs. $0.46 reported last year. Non-GAAP loss came in at $0.02 per share compared to $0.56 in the fourth quarter of 2017.

Regarding customer mix, 67% of activations were from new users, while the rest came from repeat customers.

Fitbit expects its device mix to lean towards smartwatches during 2018. The company expects its sales to be approx. $1.5 billion and hopes to breakeven in the fiscal 2018. For the first quarter of 2018, revenues are expected to come between $240 million to $255 million and basic non-GAAP loss in the range of $0.21 to $0.18 per share. 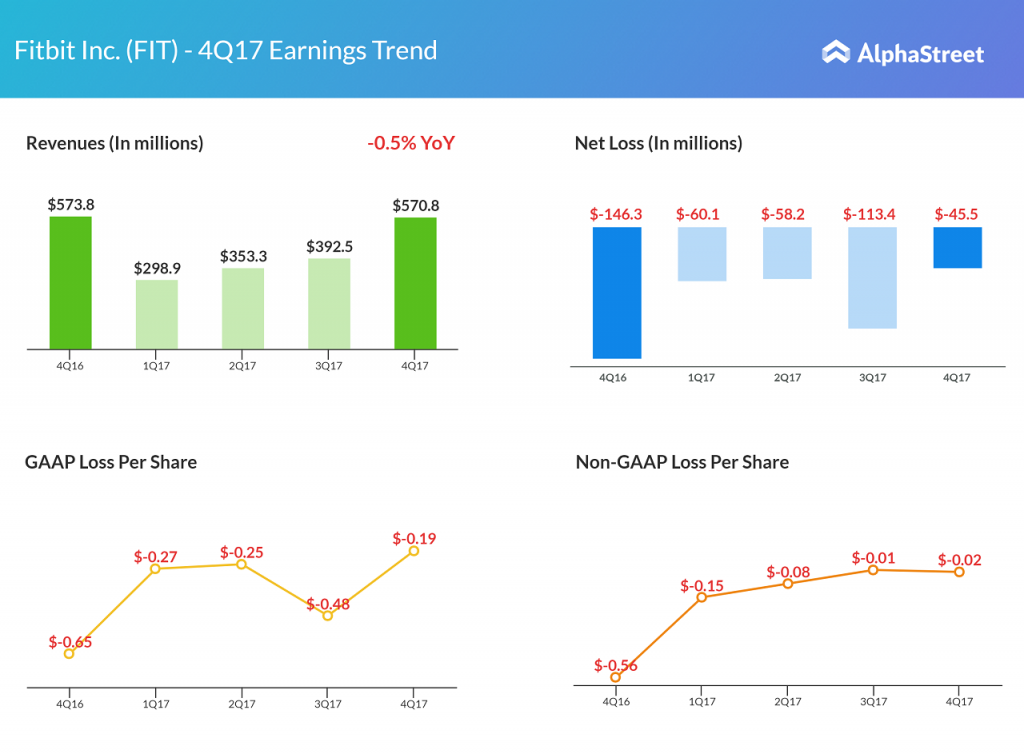