Fitbit, back to grab the wearable crown from the likes of Apple and Samsung, was in very good shape last quarter — at least when you think about where it was going.

And the fourth-quarter results were a testament to that fact as well, with losses shrinking to just one-third of what it was. Our live earnings snapshot on FIT will give you a clear picture of the numbers.

However, the market was least impressed with this recovery, for it sent shares tumbling by at least 11% on Monday in after-hours trading.

Device sales saw an increase from last quarter, with 50% more wearables sold in the last quarter of the financial year. It also saw a surge in new customer activations.

Ever since last quarter, the wearables industry has seen a shift back to the basics, with both Fitbit and Xiaomi beating Apple in third quarter sales numbers. You can read all about it here.

With Fitbit leaning toward smartwatches this year, the brand expects to cut all its losses by year-end. This is quite a comeback after the likes of Apple trying to engulf it from traditional brands.

With the new financial year and brands wooing newer and younger customers, it would be interesting to see how the iPhone maker tackles the fitness giants — because, by the look of things now, Fitbit seems to have the upper hand. 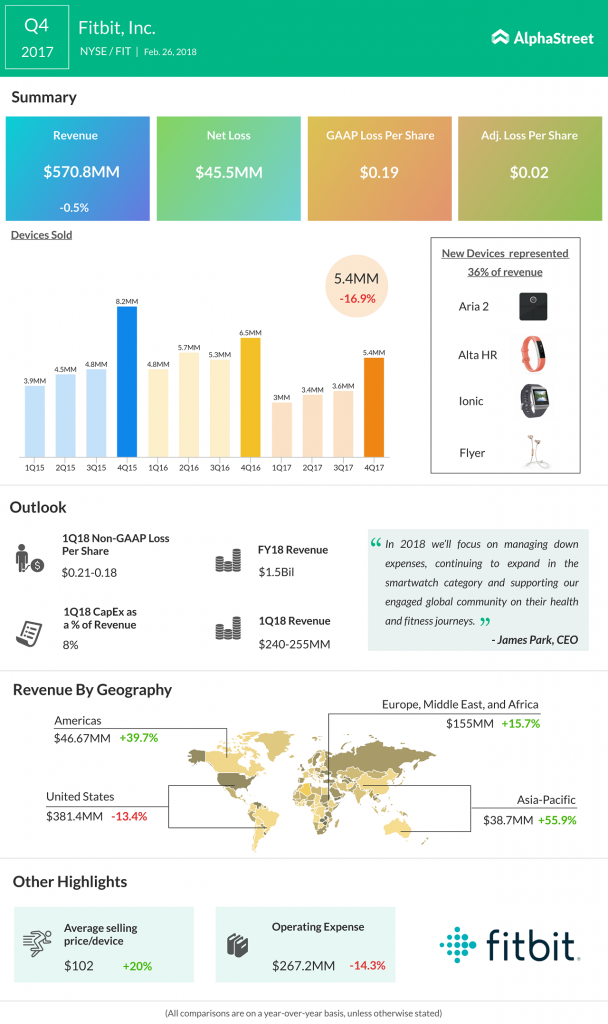