Google hit by fresh antitrust fine of $1.7B in EU for abusive ad practices

Google (GOOG, GOOGL) has once again come under fire from European Union regulators for indulging in unfair business practices. In less than a year after being slapped a massive penalty by Brussels for misusing its Android operating system, the search service giant is facing a fresh fine of $1.7 billion for breaching the competition laws pertaining to online advertising.

Two years ago, European regulators had handed a $2.7-billion fine after Google was found to have favored its shopping service over rivals. The latest blow comes amid claims by the Google management that effective measures were being adopted to make its platform compliant with the regulatory norms.

Margrethe Vestager, the competition commissioner for the region, said at a press meet in Brussels Wednesday that Google imposed restrictions on publishers who use its AdSense advertising platform, through exclusivity contracts, thereby stopping the display of ads brokered by its rivals. By tweaking certain clauses pertaining to ad publishing several years ago, the company allegedly tried to monopolize the online advertising market.

It is alleged that Google imposed restrictions on publishers who use its AdSense advertising platform, through exclusivity contracts

The commissioner said the contractual restrictions on third parties amounted to the violation of the EU antitrust rules as they helped Google maintain its dominance in the online search business by averting competition. The commission pointed out that the only reason for the company to have the restrictive clauses included in its contracts with publishers was to undermine websites that use platforms other than AdSense.

The tactic, allegedly employed by Google between 2006 and 2016, prevented leading partners from sourcing search ads from competitors and also helped the company reserve the best website spaces for displaying its own advertisements. According to Vestager, by suppressing rivals, “Google benefitted from network effects and became even stronger.” 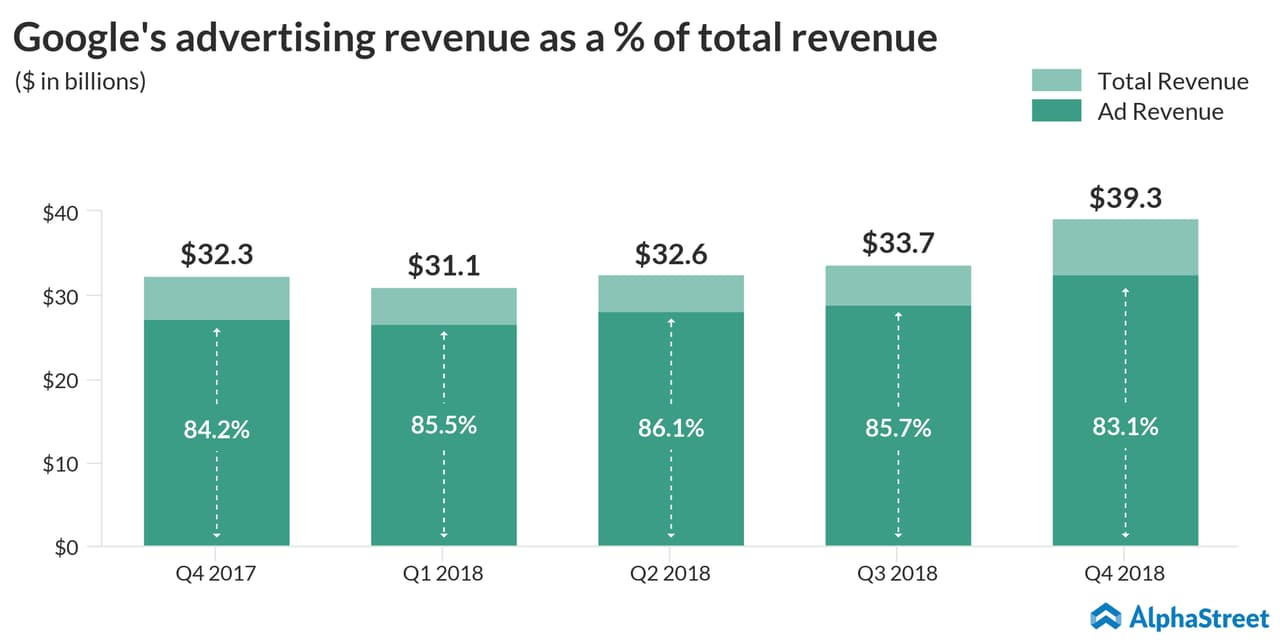 Over the past decade, Google has maintained its supremacy in Europe’s search service market, securing nearly two-thirds of the market shares. During the fourth quarter, Google’s revenue from advertising business increased 20% sequentially to about $33 billion, matching its performance in the previous quarters.

Google shares declined modestly in early trading Wednesday, after closing the previous session higher. Having gained about 15% so far this year, the stock is currently trading close to the multi-year highs seen last year.