Guess? Inc (GES) reported mixed results for its fourth quarter 2019. While earnings missed Street’s targets, revenue surpassed the estimates. Guess stock, which declined 2% and ended the day at $22.07, slumped more than 10% in the extended trading hours. 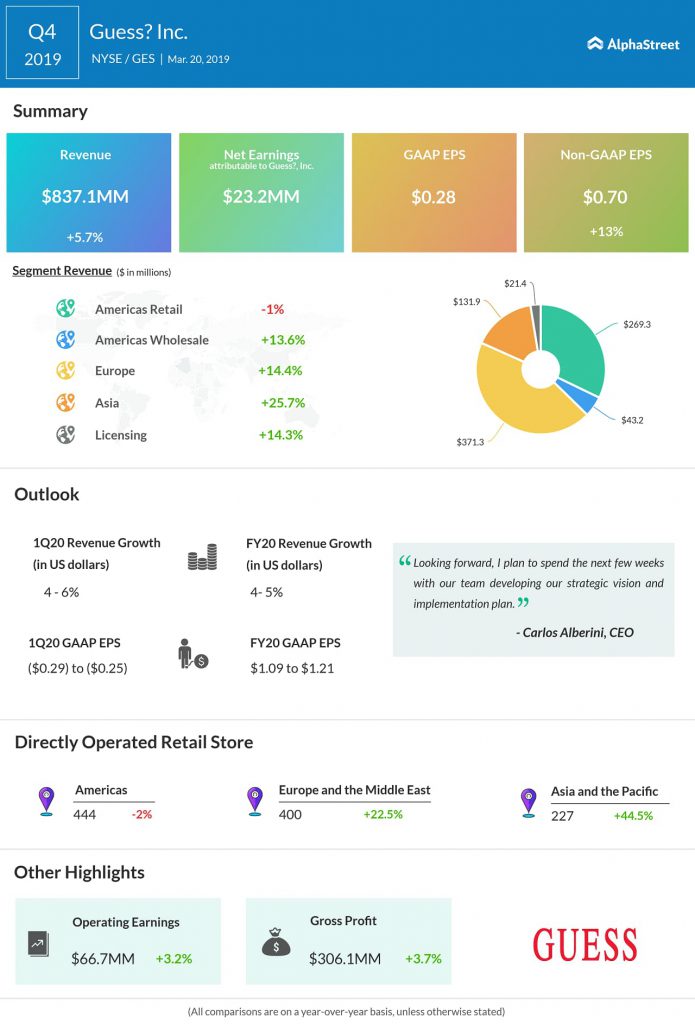 During Q4 2019, the company concluded that pending legislation related to the conclusions taken on the fiscal 2018 tax return would likely be enacted and result in the payment of transition tax. Guess recorded a reserve of $25.8 million, or a negative impact of $0.32 per share in for the recently reported quarter.

For the first quarter of 2020, the Los Angeles-based firm expects revenue to increase between 2.5% and 3.5% in US dollars. GAAP Loss is expected to be in the range of 29 cents to 25 cents.

Carlos Alberini, the new CEO, believes that there are several areas of the operation that offer opportunities for improvement, which should result in operating margin growth over time.

Shares of Guess have gained 6% since the beginning of this year and 13% in the past three months.