Hibbett Sports (HIBB) reported a 32% dip in earnings for the fourth quarter due to higher costs and expenses. However, the results exceeded analysts’ expectations. Further, the sporting goods retailer guided fiscal 2020 earnings above the consensus estimates.

In a separate release, the company announced the planned retirement of Jeff Rosenthal as President and Chief Executive Officer. The board will commence a search process to identify the company’s next CEO, and Rosenthal will remain at the company in his CEO capacity until a successor is named. He will assist the board with the search and the execution of the transition. Upon the completion of the leadership transition, Rosenthal will continue to serve as a board member. 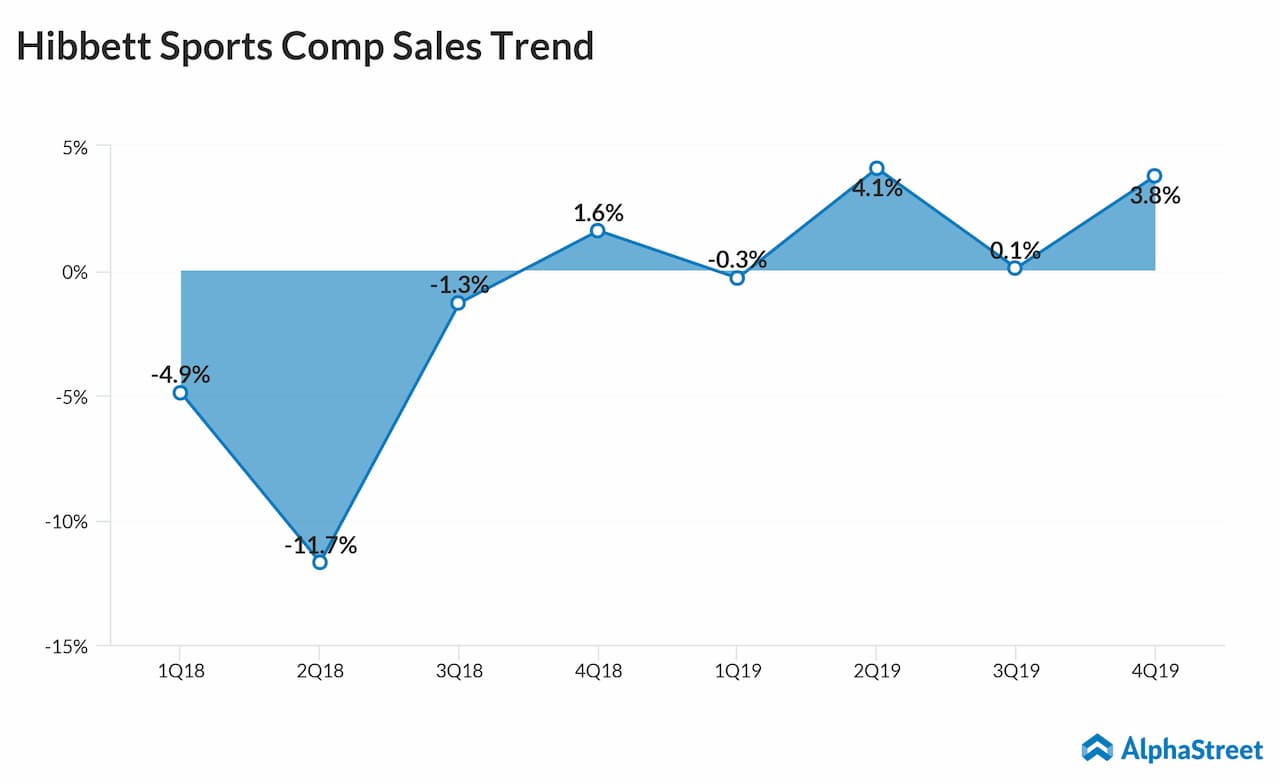 For fiscal 2020, the company expects about 10 to 15 new store opening with about 95 store closures. Gross margin is predicted to be in the range of 25 to 45 basis points. Capital expenditures are anticipated to be about $18 million to $22 million and share buyback is projected to be about $10 million to $15 million.

The company said it is seeing significant improvement in web traffic and good traction with Buy Online, Pickup in Store (BOPIS) and improvements to its mobile app. At the same time, Hibbett continues to improve the productivity of its store base by closing unproductive stores and positioning the City Gear banner to drive sales for the fashion consumer.

The company said it is focused on improving the productivity of the store base while continuing to grow its omnichannel business. As a result, subsequent to the year ended February 2, 2019, Hibbett has decided to close about 95 Hibbett stores in fiscal 2020, while opening 10 to 15 new Hibbett and City Gear stores. This is expected to result in non-recurring impairment and store closure charges in the range of $0.15 to $0.20 per share in fiscal 2020.

Shares of Hibbett ended Thursday’s regular session down 2.70% at $18.04 on the Nasdaq. Following the earnings release, the stock jumped over 16% in the pre-market trading session.