International Business Machines Corporation (IBM) is scheduled to report its third-quarter results on October 16 before the opening bell. The tech giant started reporting year-over-year revenue growth in the fourth quarter of 2017 after a long hiatus of 22 quarters. Investors will be watching whether Big Blue will continue its streak of revenue growth for the third time in a row.

For the third quarter, analysts expect IBM earnings to be $3.39 per share on revenue of $19.1 billion, compared to $3.30 earnings per share and $19.15 billion as revenue reported for the same period last year. IBM reported better-than-expected results for the first two quarters of this year. Analysts expect the company to beat consensus for the third quarter as well.

IBM’s stock has been a laggard, which is down nearly 9% this year and remains a concern for investors. On the flip side, Microsoft (MSFT) is up 26% and Amazon (AMZN) up 50% for 2018. The Big Blue stock’s performance is going to hinge on the sustainable revenue growth and flawless execution of its transition to high-performing segments delivering consistent performance. 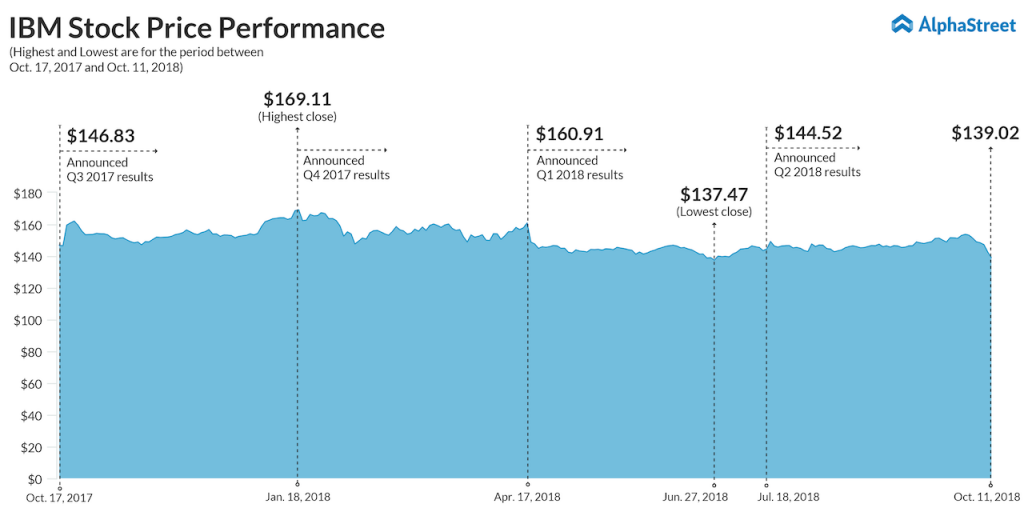 Forming of Strategic Imperatives (SI) was inevitable for the company as it needs to reduce the dependency on low-margin legacy businesses that were witnessing slow growth resulting in sales declines in 2012. IBM’s decision to invest in the “Strategic Imperatives” segment seems to be bearing fruit over the years. Last quarter, out of the $20 billion total revenues, more than 50% contribution came from the SI businesses, which saw a stellar growth of 26% year-over-year. 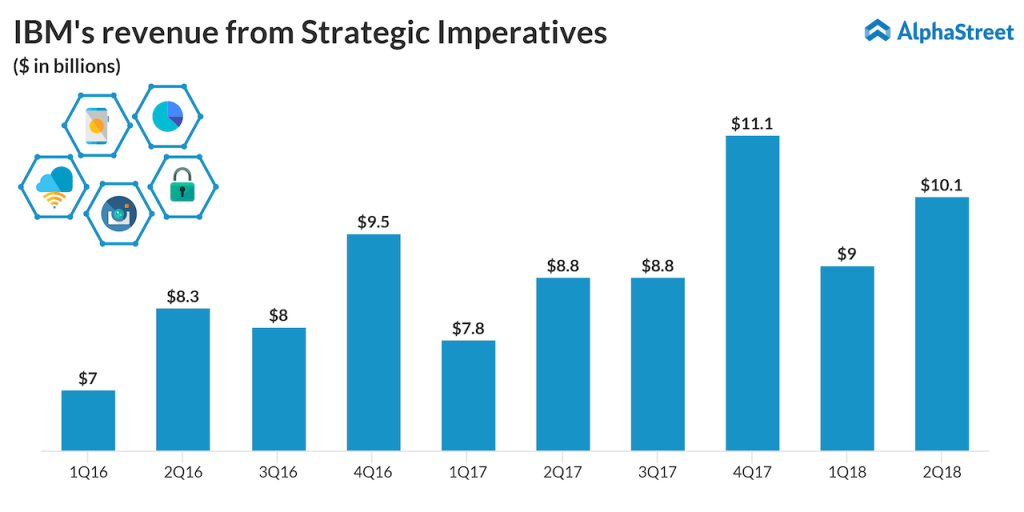 Investors would be keeping a close tab on the SI business performance in the third quarter. The company needs to make sure it’s able to continue the strong growth trend. It also needs to continue its investments on the emerging technologies so that it’s not missing the bus compared to its rivals.

Till now the turnaround story of the Big Blue under the helm of Rometty has been good. But they need to make sure the company is able to generate solid top and bottom line growth consistently for a long period to bring back the mojo on the stock.