Image sharing platform Pinterest, Inc. (NYSE: PINS) reported higher earnings and revenues for the fourth quarter of 2021, which also topped the market’s expectations. The positive results came as a major boost for the company’s stock which has been on a downward spiral for quite some time. PINS traded higher early Monday, continuing the uptrend that followed the announcement last week. 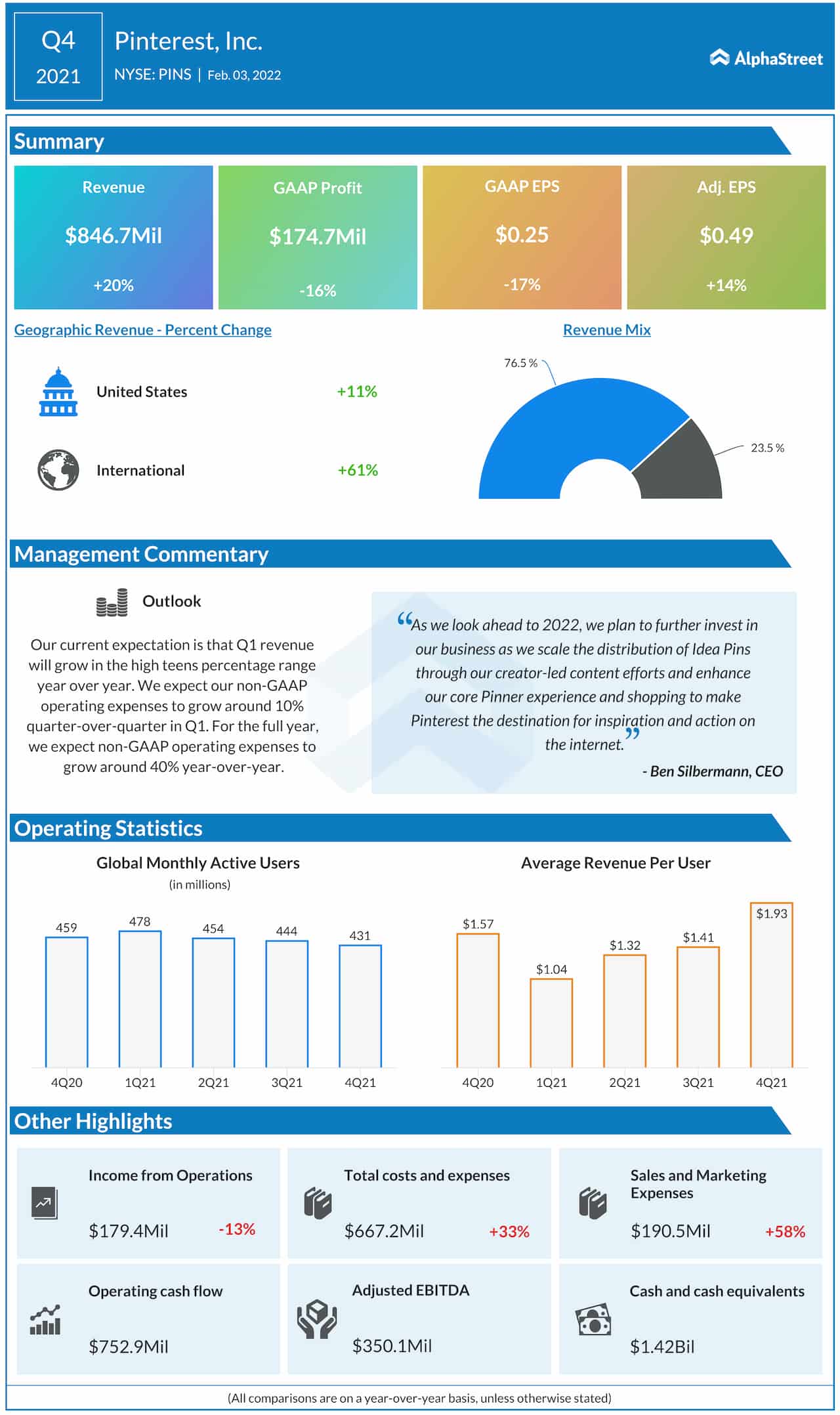 “We took important steps in 2021 with the launch of our foundational technology to deliver a video-first publishing platform. As we look ahead to 2022, we plan to further invest in our business as we scale the distribution of Idea Pins through our creator-led content efforts and enhance our core Pinner experience and shopping to make Pinterest the destination for inspiration and action on the internet,” said Ben Silbermann, CEO of Pinterest.

Over the past twelve months, Pinterest’s stock lost as much as 67% and slipped to a dismal $27. The shares have stayed below their long-term average and underperformed the market during that period.