At $0.93 per share, first-quarter adjusted net income was sharply higher than $0.23 per share reported in the prior-year period. It was also above analysts’ forecast. 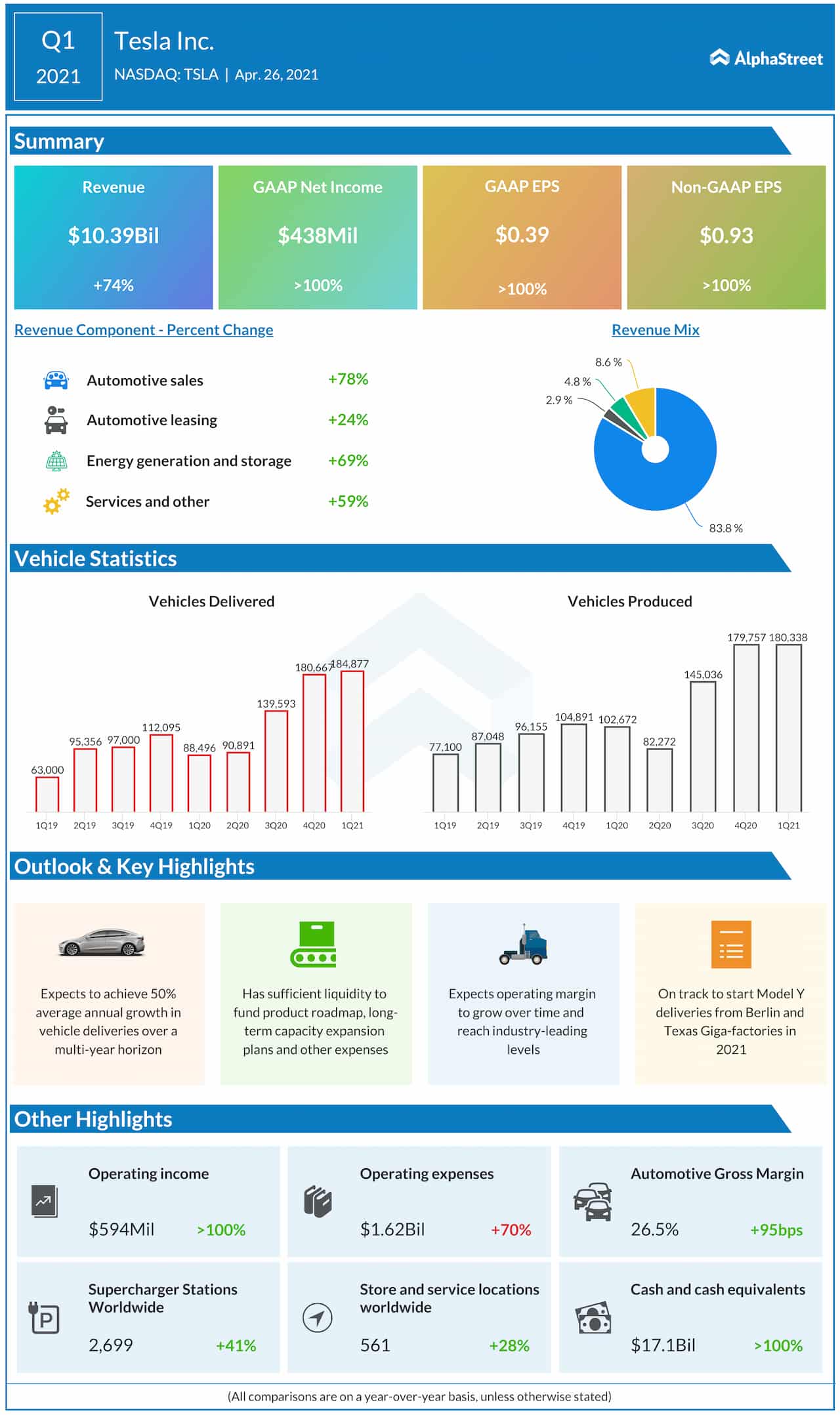 Reported net income, including special items, moved up to $438 million or $0.39 per share from $16 million or $0.02 per share in the first quarter of 2020. The impressive performance reflects a 74% growth in revenues to $10.4 billion. Analysts were looking for a slightly smaller top-line number.

After making an impressive start to the year, Tesla’s stock withdrew and entered a volatile phase. The stock closed Monday’s regular trading higher but declined during the extended session, soon after the earnings release.

The virus-related movement restrictions have had a complementary effect on the business of Shopify Inc. (NYSE: SHOP), which was already thriving on the widespread cloud adoption and digital shift. The

IPO: Here are the things to know about Fresh Grapes’ market debut

There has been a spurt in the number of food and beverages companies going public lately, but many of them failed to perform as expected in the stock market. Fresh

For consumer staples companies, rising inflation is probably turning into a bigger challenge than the virus-induced supply chain disruption and store closures. After bettering its position since the early months