Kansas City Southern (NYSE: KSU) reported a 13% decrease in earnings for the second quarter of 2019 due to higher costs and expenses as well as an increase in income tax expense. However, the results exceeded analysts’ expectations.

Revenue growth for the second quarter of 2019 was led by a 19% increase in Chemicals and Petroleum due to growth in shipments related to Mexico energy reform, and a 5% increase in Automotive. These increases were partially offset by revenue declines in the remaining four commodity groups. 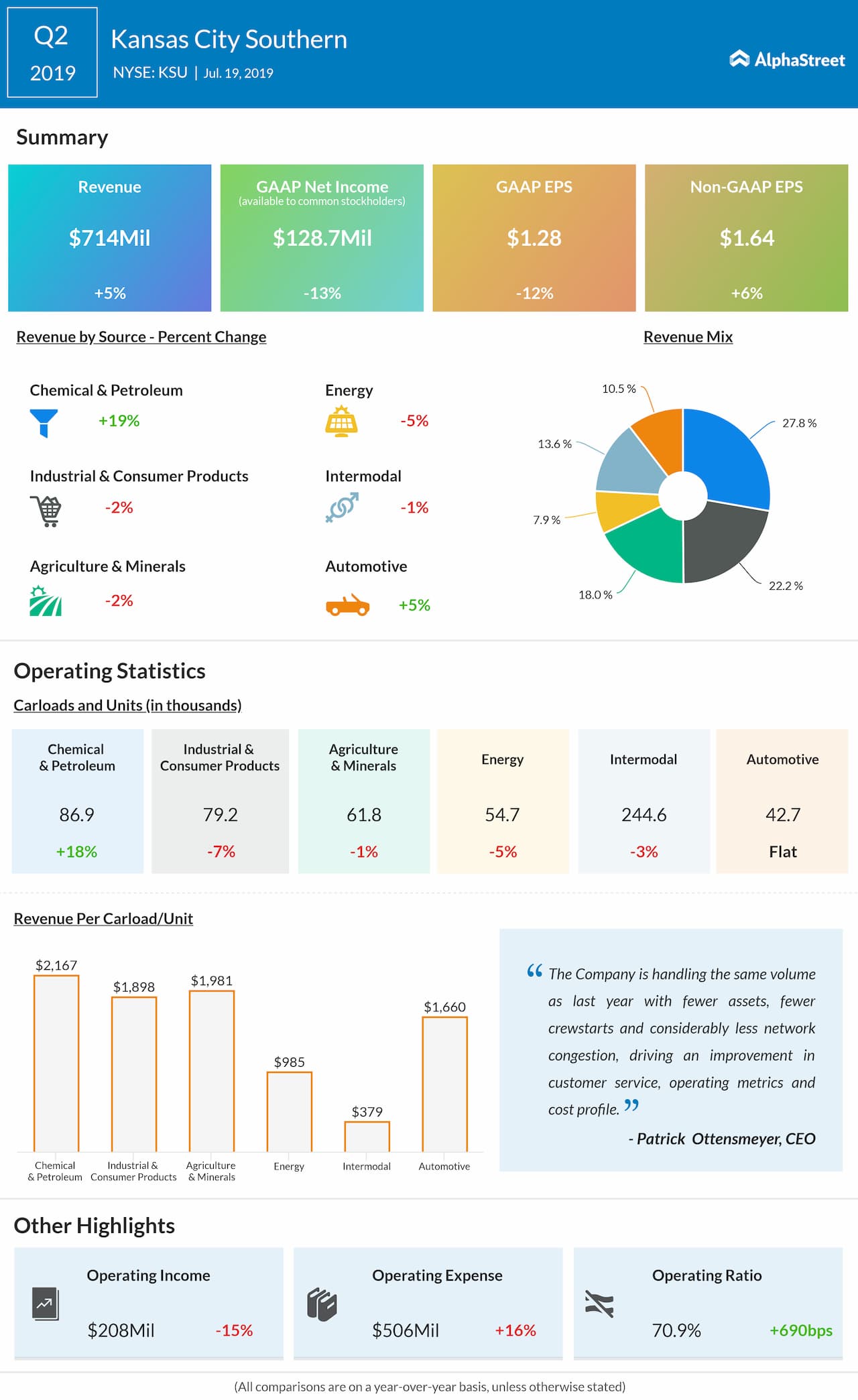 Looking ahead into the full year 2019, the company expects volume growth to be flat to slightly down, and revenue growth to be in the range of 5% to 7%. Capital expenditures are anticipated to be below $600 million in 2019.

Adjusted operating ratio is expected to be in the low end of 60% to 61% range by 2021, absorbing negative impact from loss of Mexican Fuel Excise Tax Credit. Adjusted earnings per share is predicted to be in the low-to-mid-teens compound annual growth rate (CAGR) for 2019 to 2021.

For the second quarter, carloads and units remained virtually unchanged from the previous year at 569,900. This was due to the growth in chemical and petroleum offset declines in four commodity groups, industrial and consumer products, agriculture and minerals, energy, and intermodal. Revenue per carload/unit increased by 4% year-over-year to $1,190.

The company said its operating performance was driving an improvement in customer service, operating metrics and cost profile. This improvement in cost profile helped Kansas City Southern absorb a 130 basis point headwind to its adjusted operating ratio from the loss of the Mexican Fuel Excise Tax credit, while still improving profitability versus prior year.