Kansas City Southern (NYSE: KSU) surpassed analysts’ expectations on revenue and earnings for the first quarter of 2019, sending shares climbing over 3% in morning hours on Wednesday. 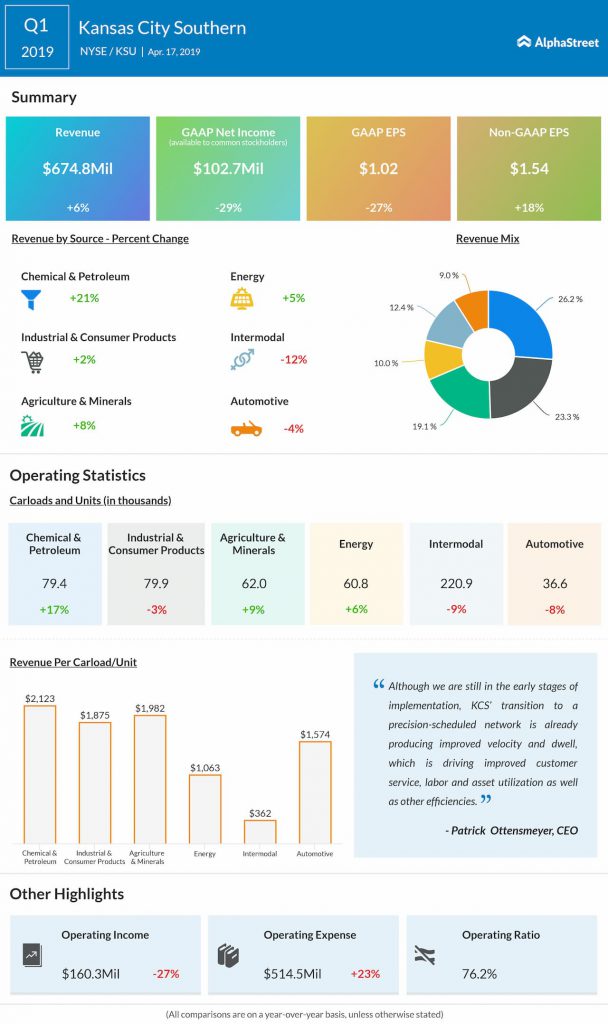 Agriculture & Minerals saw revenue growth of 8% due to improved network cycle times. Revenues declined in Intermodal and Automotive by 12% and 4%, respectively, due to auto plant shutdowns and teacher protests.