Kellogg Company (NYSE: K) reported a 52% dip in earnings for the second quarter of 2019 due to restructuring and business and realignment charges mainly related to the completed divestiture as well as higher input costs. However, the results exceeded analysts’ expectations.

As expected, profitability in the quarter remained pressured by charges taken to restructure European operations, and to realign the North America business around the recent divestiture of cookies, fruit snacks, pie crusts, and ice cream cones, as well as by rising costs and the year-on-year impact of mix and costs related to new pack formats. 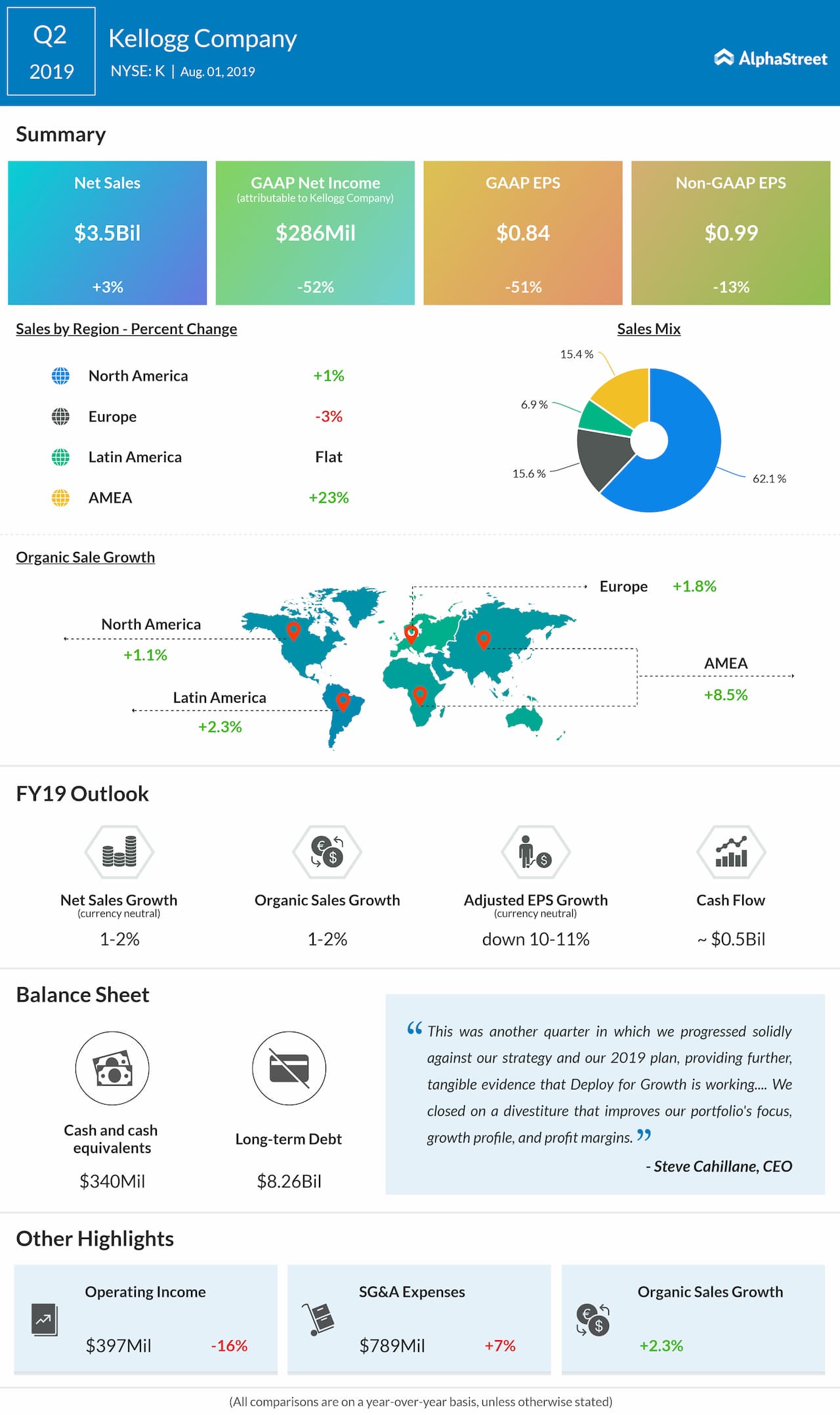 Net sales rose by 3% to $3.46 billion, led by accelerated, broad-based organic growth. The consolidation of Nigerian distributor Multipro more than offset negative currency translation. Net sales increased by 5% on a currency-neutral basis and 2.3% on an organic basis.

Kellogg Europe recorded a 3% decline in net sales because of substantially adverse currency translation while net sales grew about 2% on a currency-neutral basis. Growth continues to be led by Pringles, and by Russia, more than offsetting modest declines in certain developed markets’ cereal and wholesome snacks.

Looking ahead into the full year 2019, the company reaffirmed its earnings guidance based on improved visibility around the recently closed divestiture and related transition. Net sales growth is still expected to be 1% to 2% year-on-year on both a currency-neutral and organic basis. Currency-neutral adjusted earnings is still predicted to decline by 10% to 11% from last year.

Shares of Kellogg ended Wednesday’s regular session down 0.58% at $58.22 on the NYSE. Following the earnings release, the stock advanced over 4% in the premarket session.