Helped by a  9% increase in the average sales price of homes, Lennar Corp (LEN) reported fourth-quarter earnings that surpassed analysts’ estimate. The company reported adjusted earnings of $1.96 per share, compared to $1.91 per share expected by analysts. 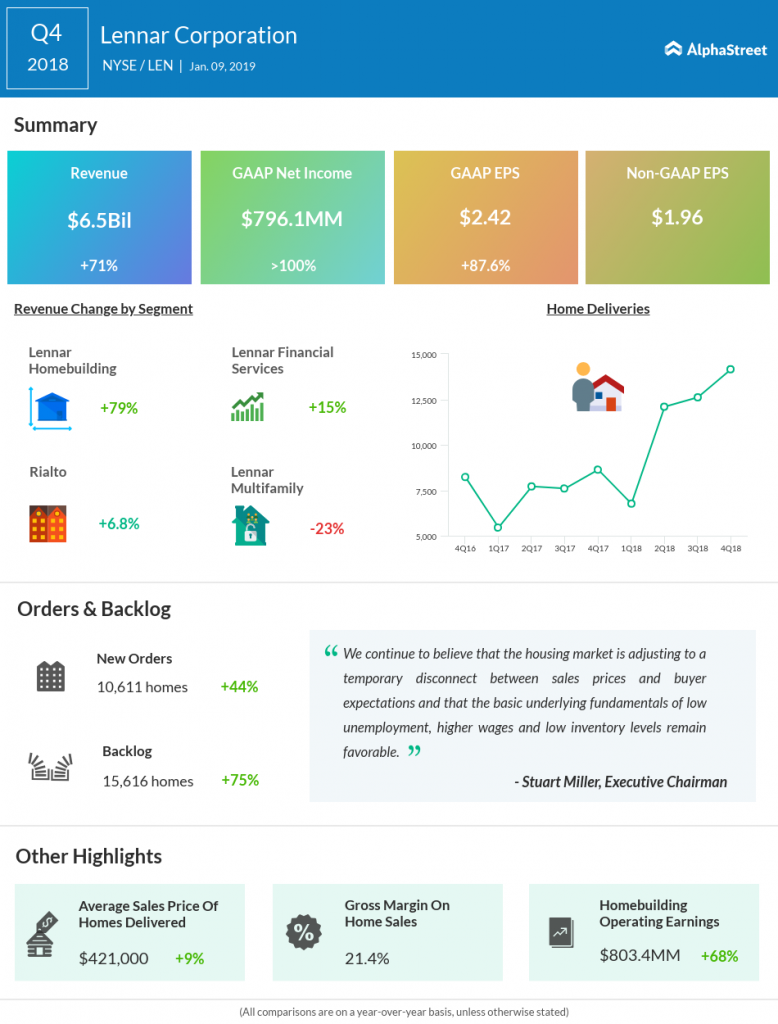 LEN shares were slightly up during pre-market trading on Wednesday. The stock has tumbled 35% in the past one year.

COO Jon Jaffe said, “During the fourth quarter, we completed all aspects of the CalAtlantic integration, which now allows us to operate under one platform leading to even greater efficiencies in all parts of our business. In addition, we exceeded our previously announced 2018 synergies and are on target to meet the 2019 synergies.”

Meanwhile, Executive Chairman Stuart Miller said they are deferring guidance for the fiscal year 2019 due to continued softness and uncertainty at this seasonally slower time of year.

Rival homebuilder KB Home (KBH) is set to report earnings after the closing bell on Wednesday, while Toll Brothers (TOL) will report quarterly results on January 25.