Denim firm Levi Strauss (NYSE: LEVI) swung to profit in the first quarter of fiscal 2019 from a loss last year, which included charges related to the transitional impact of jobs act and undistributed foreign earnings. This is the company’s first earnings since going public two weeks earlier. Following this, the stock inched up over 2% in the after-market session.

Net income was $146.6 million or $0.37 per share compared to a loss of $19 million or $0.05 per share in the previous year quarter. Adjusted net income climbed by 81% to $151 million, primarily due to a transition charge in the prior year on undistributed foreign earnings, as well as higher Adjusted EBIT in the current year.

Net revenues grew by 7% to $1.44 billion. The top line increased by 11% on a constant currency basis, which excludes $48 million in unfavorable currency translation effect. 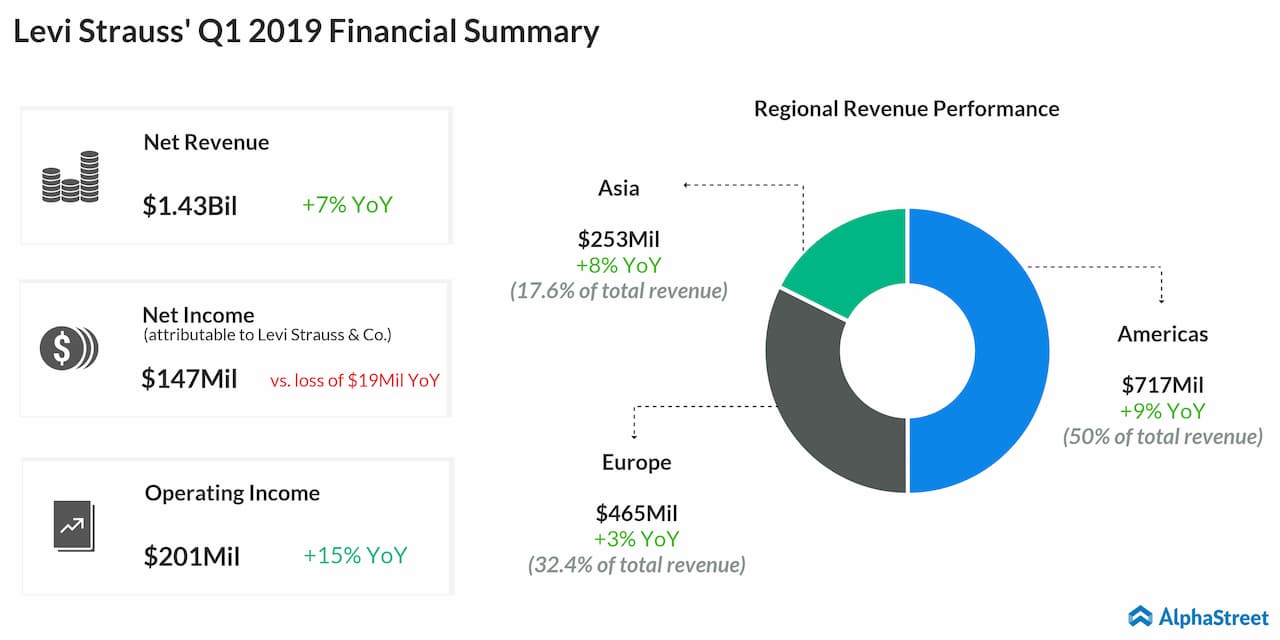 Revenue related to direct-to-consumer business increased by 10% on the performance and expansion of the company’s retail network, as well as growth in its e-commerce business. The company had 70 more company-operated stores at the end of the first quarter of 2019 than it did a year prior. Revenue related to wholesale business rose by 5% reflecting growth in all regions.

Also read: Levi Strauss turns to the public with IPO

In Asia, net revenues increased 8% on a reported basis and 14% on a constant-currency basis, reflecting strong performance across traditional wholesale, franchisee and direct-to-consumer channels. Revenue growth was broad-based across the region’s markets, including China.

At February 24, 2019, cash and cash equivalents of $622 million and short-term investments of $100 million were complemented by $806 million available under the company’s revolving credit facility, resulting in a total liquidity position of about $1.5 billion. Net debt at the end of the first quarter of 2019 was $319 million.