After becoming a private company in 1985, the first blue jeans maker Levi Strauss returned to the public market today. On Wednesday evening Levi Strauss & Co. (LS&Co.) announced the pricing of the IPO of about 36.7 million of its Class A common stock at a price to the public of $17 per share, raising $623 million and making it a $6.6 billion valued company.

Shares of Levi Strauss, which started trading under the trading symbol “LEVI”, opened at $22.22 on NYSE today, up more than 30% from its IPO price of $17 a share.

Levi Strauss said in the IPO filing that it would use the net proceeds from this offering for general corporate purposes, including working capital, operating expenses and capital expenditures. The company also indicated that it may use a portion of net proceeds for acquisitions or other strategic investments.

When Levi Strauss reported its fourth quarter and full-year 2018 results in early February, CEO Chip Bergh commented, ““It’s clear our strategies to diversify our product portfolio, expand our direct-to-consumer business, and deepen our connection with consumers worldwide have worked, resulting in both higher annual revenues and gross margins.” 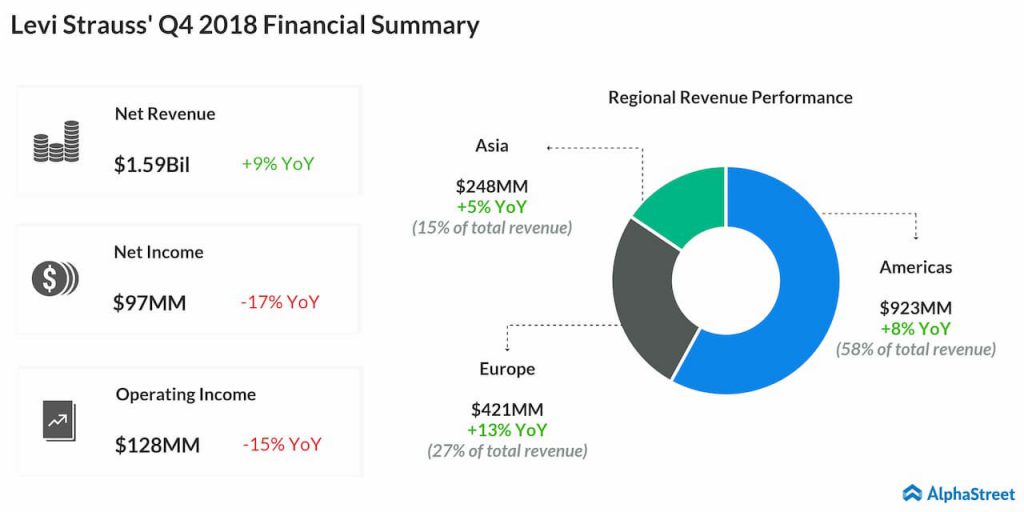