Video streaming giant Netflix (NFLX) on Tuesday after-market posted a 34% rise in third-quarter revenue just short of $4 billion, raking in $403 million in net income – more than three times its income of $130 million a year ago. Total Streaming revenue grew 36% to $3.91 billion, as Netflix added 6.96 million members to make its total membership base a whopping 137.10 million.

For US alone, the streaming giant made about $1.94 billion in revenue as it added 1.09 million to total memberships. 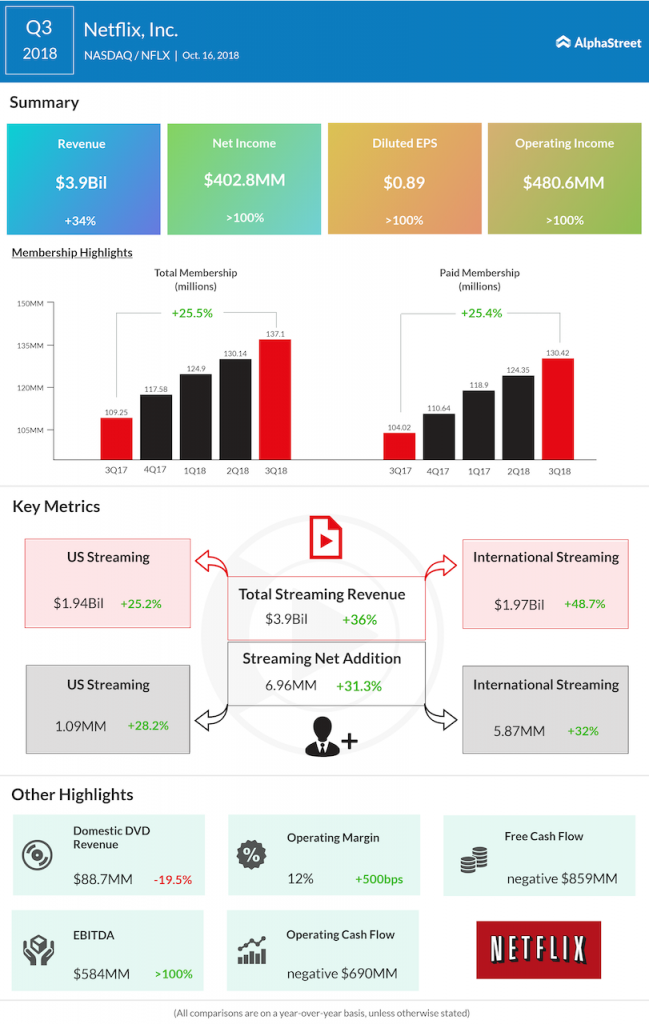 In late 2018, it is no surprise that streaming video is the top application type on the internet. If anyone had to pick a favorite category for internet use, video will win in a landslide. And that is when we say that ‘Streaming Video’ includes not just over-the-top (OTT) video streaming services such as Netflix, YouTube, and Amazon Prime, but also operator-based streaming and direct consumer streaming services. Streaming content offerings of DirectTV, Comcast, and the like, and social network video sharing and real-time streaming such as like FaceTime are also included. 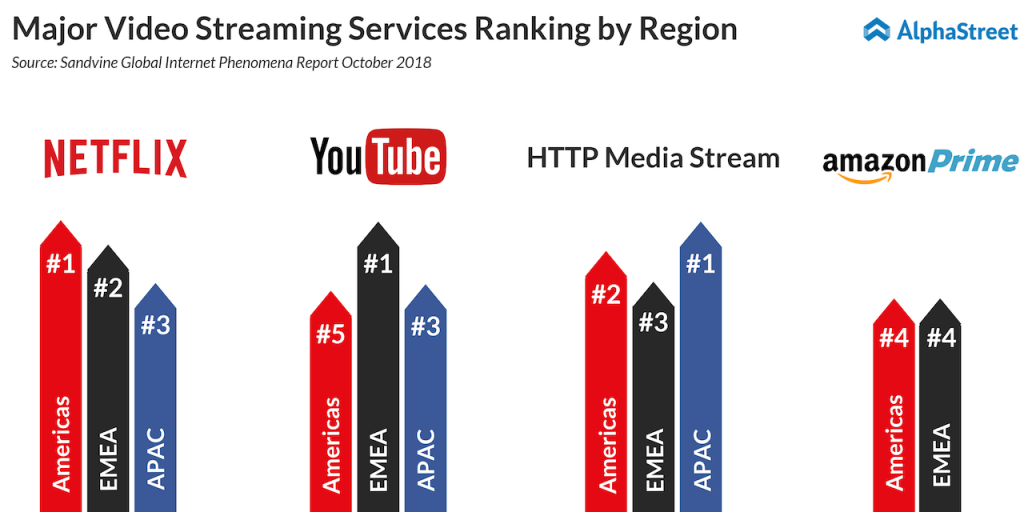 Now, let’s get back to Netflix. The streaming giant, as of October 2018, is available in all but four countries worldwide and appears in the top 10 of all the regions when you check the internet usage. Yes, that right, the sheer volume of Netflix on fixed networks makes it among the cream, if not the top video site in the world. 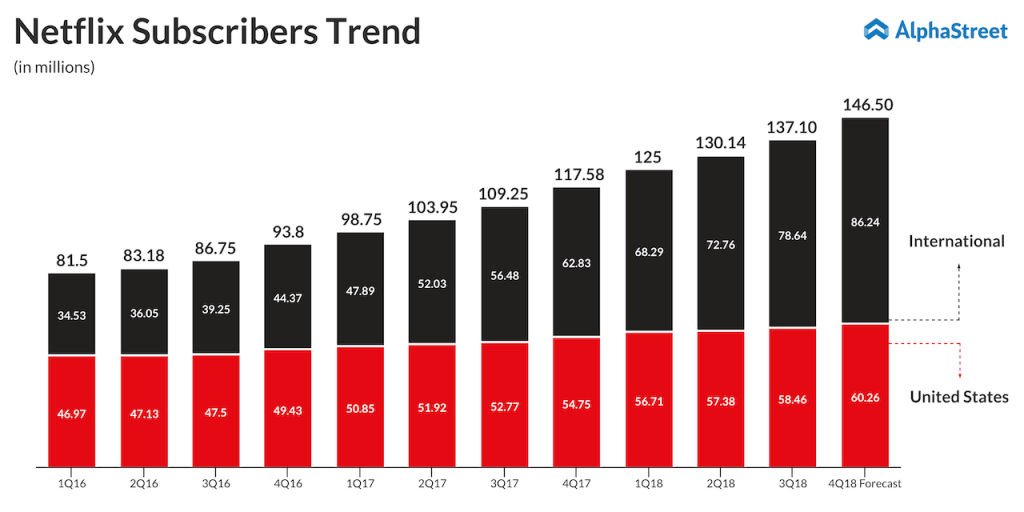 Taking just the Americas, Netflix now has a mindblowing traffic share of 19.1%!! And Netflix also leads in the way it uses the data space. Playstation Downloads are in the tenth position with just 2.67% of the share. Now, here’s an interesting fact… Call of Duty: Black Ops 3 is 101GB on Sony’s PlayStation, while Grand Theft Auto V is 65GB. When you compare that with an hour of 4K video on Netflix, it only takes 7GB. That means that in the download space of Call of Duty, you can have 14 hours of 4K video.