The company delivered a 47% increase in total revenue to $280 million compared to the prior-year period, but the results fell below estimates of $281 million. 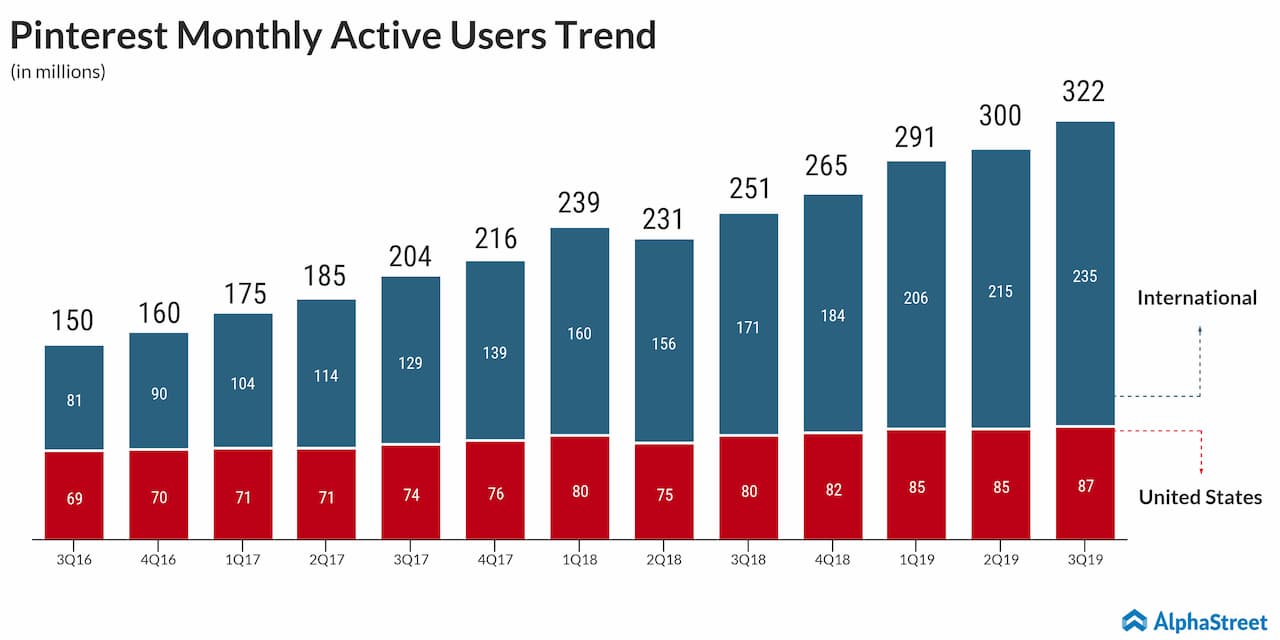 Revenue in the US increased 39% to $251 million while international revenue improved 212% to $28 million. Revenues were driven by ARPU expansion and growth in MAUs.

During the quarter, Pinterest expanded its ads business to 28 countries and the new markets include Cyprus, Greece, Hungary and Poland, among others.

Share-based compensation expense increased to $130 million from $4 million in the prior-year period.