Plug Power (Nasdaq: PLUG) reported a wider net loss for the first quarter of 2019, owing to a 30% fall in revenues. The company’s stock fell sharply after the report.

The weak bottom line performance is attributable to a 30% decline in revenues to $18.59 million. The top-line also missed analysts’ projection. At $22.8 million, gross billings were down 19% compared to last year. 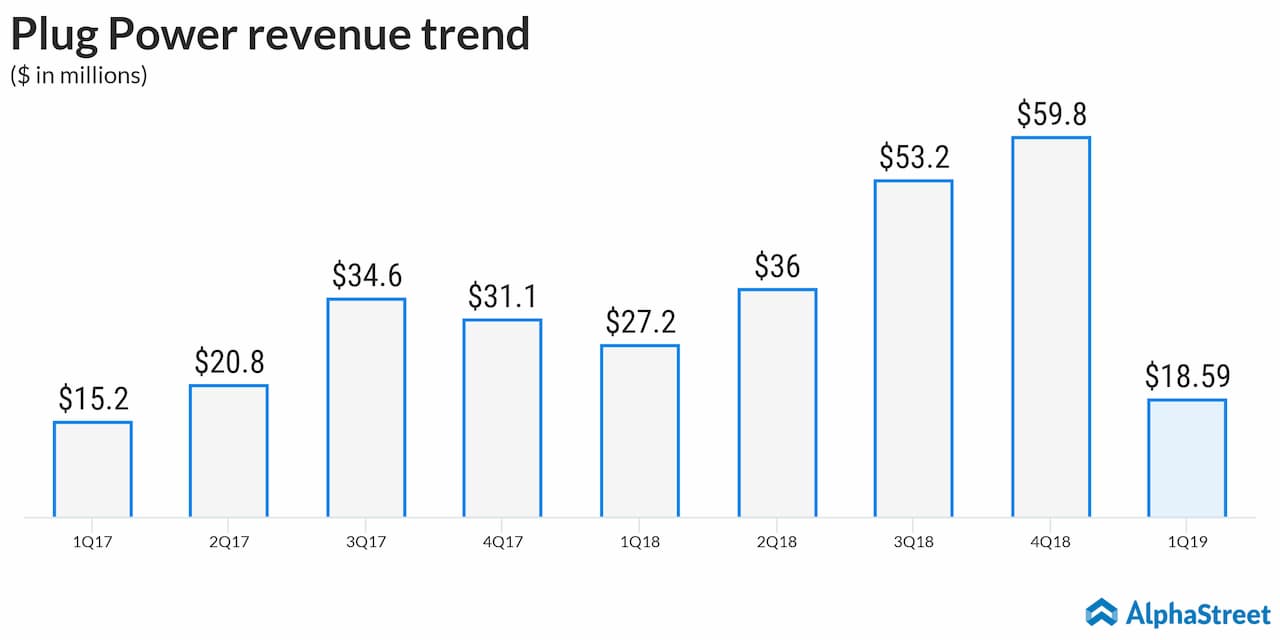 The weak bottom line performance is attributable to a 30% decline in revenues to $18.59 million, which also missed the estimates

The management reaffirmed its second-quarter guidance for gross billings in the range of $55 million to $60 million, which represents a 100% sequential growth. Full-year gross billings are expected to be between $235 million and $245 million, unchanged from the previous outlook.

Plug power sees full-year operating cash flows to be somewhere between slightly negative to slightly positive, due to the timing on deployments and accounts receivable collections. Meanwhile, adjusted EBITDA is expected to be positive in 2019.

Weakness in the Chinese market has been a concern for the company, which is trying to override the challenge and improve the top line performance through strategic partnerships back home. Plug Power provides fuel cells to leading corporates like Walmart (NYSE: WMT) and Amazon (NASDAQ: AMZN).

Shares of the company closed the last trading session notably lower. The stock gained about 86% since the beginning of the year and 14% over the past twelve months. It lost about 3% following Wednesday’s earnings announcement.