The question every pot investor asks himself – Aurora Cannabis or Hexo?

If you have already missed the train, there is no denying the fact that NOW is the time to enter the lucrative cannabis market. Despite high volatility, pot stocks have paid off to its investors, outperforming other key growth industries.

For most investors, the dilemma is not in deciding whether to enter the marijuana market that is worth $150-billion annually, but is in choosing the right stocks that have the potential to reap its benefits.

On the forefront are two amazing stocks – Aurora Cannabis (NYSE: ACB) and Hexo (NYSEAMERICAN: HEXO) – both of which have been on an uptrend this year.

So which one should you opt for? Well, both, if that is the third option. As of now, both the stocks are looking rock-solid, ready to take on the broader global markets once pot gets legalized in more regions. 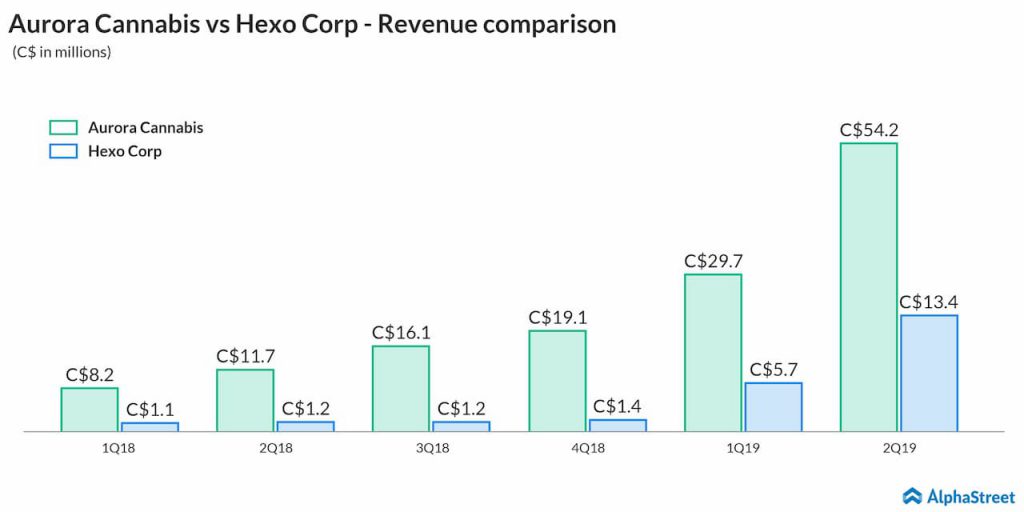 Last month, research firm Cowen had named Aurora Cannabis as its top stock pick for the marijuana industry, replacing Canopy Growth (NYSE: CGC). Similarly, earlier this week, Bank of America initiated marijuana coverage with Hexo as its most preferred stock. The backing of these research firms elicits a lot of investor confidence in the stocks.

But what if you need to choose?

As you may already know, comparing Hexo to Aurora is hardly fair, given the difference in their sizes. Aurora is almost five times the size of Hexo in terms of market cap. Aurora also boasts of annualized marijuana production capacity of 150,000 kilos, and is ramping up its facility to increase this capacity. This possibly gives Aurora an edge over the smaller firms, including Hexo, to take on new markets and gain an early-mover status. 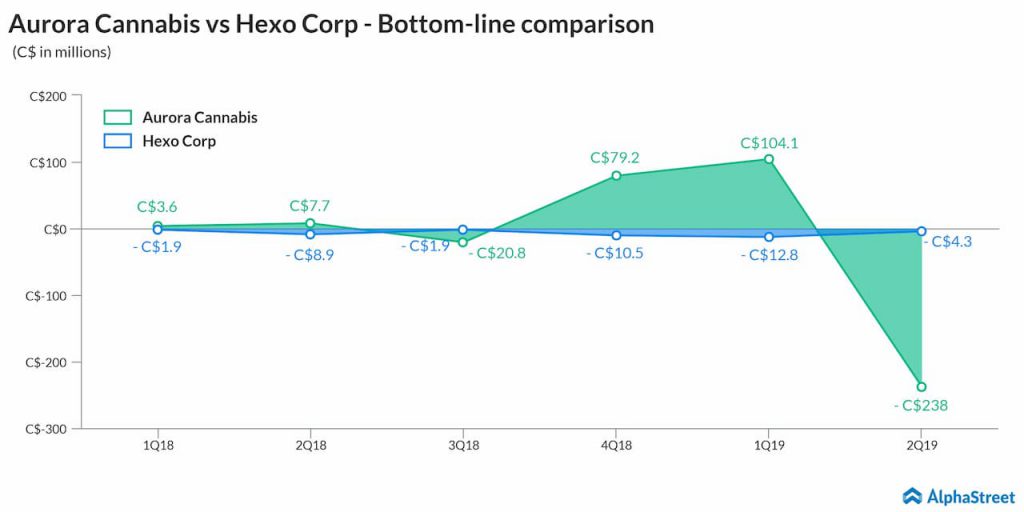 Hexo, meanwhile, produced less than 5,000 kilos of marijuana in the last reported quarter. However, the company has embraced Aurora’s path of consolidation to boost production. Last month, in a $263-million deal, the  Gatineau, Canada-based firm acquired premium cannabis producer Newstrike.

But matching up to Aurora could turn out to be a herculean task for Hexo, which will need to find funders who are ready to shell out on its new facilities and acquisition plans.

Sales is only one aspect of a business; you also need to consider profitability. During the last reported quarter, Aurora Cannabis reported a massive loss of C$238 million, compared to a profit of C$7.7 million in the year-ago quarter. During the same quarter, Hexo also lost over C$4 million, as both companies grapple to peg their rising expenses.

Both firms currently have similar gross margins at around 52%, so with better optimization of expenses, Hexo may stand a chance to surpass the bigger rival in the road to profitability. Yet, at the end of the day, a better valuation, bigger infrastructure, and higher market share make Aurora a safer bet over Hexo.