Earnings Preview: P&G to walk a tightrope in Q1

Procter & Gamble (PG) is scheduled to announce first-quarter results on October 19 before the opening bell, amidst losing market share due to increased competition, muted industry growth, and higher expenses.

Analysts expect Procter & Gamble’s revenue to come in at $16.5 billion compared to 16.65 billion reported last year for the same period. Earnings are forecasted to be $1.1 per share over $1.09 in the first quarter of last year.

The consumer giant has been steadily losing market share to its rivals due to increased competition from private labels and smaller players who operate with wafer-thin margins. In addition to market share loss, P&G has been giving more pricing discounts in order to maintain its holdings amidst increasing commodity costs, which has made a dent on its margins. The company had an impact on the growth mainly from its bigger brands Pampers and Gillette. 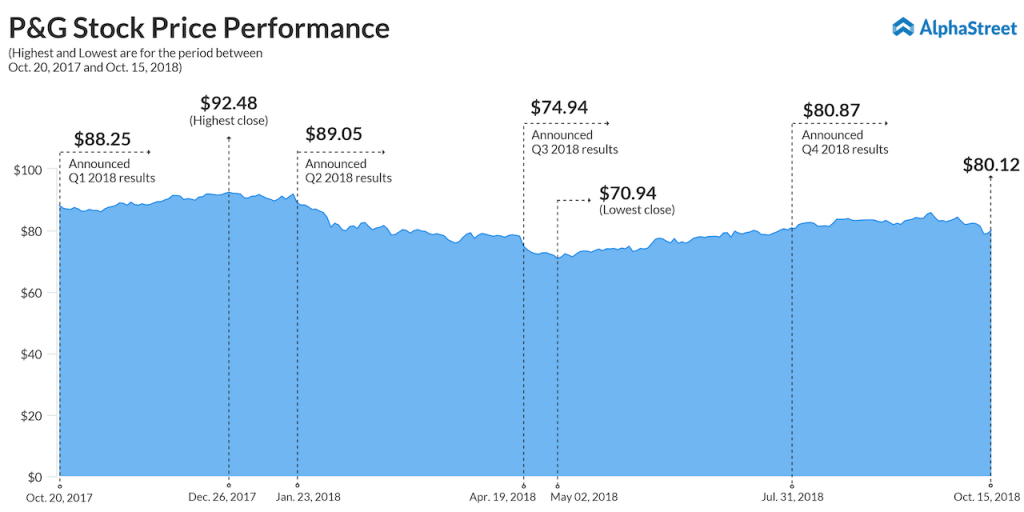 One of the key metrics shareholders will be keeping a tab on is sales growth. Last quarter, P&G reported a sluggish growth of 1%, which missed analyst estimates. The company needs to put in a good show to improve sales growth against a weak global demand and lesser consumption due to increase in prices. However, P&G had last quarter projected sales to grow between 2% to 3% in fiscal 2019.

Investors will be also interested in knowing whether the company plans to increase its prices for its products due to increased commodity and other costs. It will be a tough balancing act for the consumer giant as it needs to make sure it’s not losing further market share at the same time maintaining its margins to stay competitive.

It’s worth noting that activist investor Nelson Peltz got inducted into the company’s Board in March. Peltz has voiced his concerns about the weak organic sales growth and market share loss resulting in poor margins. He has put forth his idea of restructuring the company by reducing the business units from the current 10 to three to bring back growth. It would be worth watching whether the management has any updates on this front.

With the stock price declining above 12% in 2018, P&G needs to kick-start fiscal 2019 in style to bring back the mojo on its sales growth on top of multiple tailwinds facing the consumer giant.