The management issued earnings and revenue guidance that beat estimates

Semiconductor companies have been working hard to deal with the spike in microprocessor demand across the globe during the COVID period, led by the smartphone and automotive industries. More than a year into the pandemic, the chip shortage set off by the widespread digital transformation seems far from over.

Responding to the demand boom, Silicon Valley chipmaker Qualcomm, Inc. (NASDAQ: QCOM) expanded partnerships and raised production, which in turn drove up its revenue to record highs. Shrugging off the recent weakness, the company’s stock grew in double-digits this week after it reported impressive earnings and issued strong guidance. Currently, the shares are trading close to their February peak.

With certain key factors yet to be factored into the price, the valuation is deemed relatively cheap even after the post-earnings rally. Qualcomm’s dominance in mobile chips, serving industry leaders like Apple, Inc. (NASDAQ: AAPL) and Xiaomi Corp., exemplifies its long-term growth prospects. Experts see the company’s market value growing further, which means the stock is an attractive investment option. Moreover, it is making significant inroads into non-core areas. 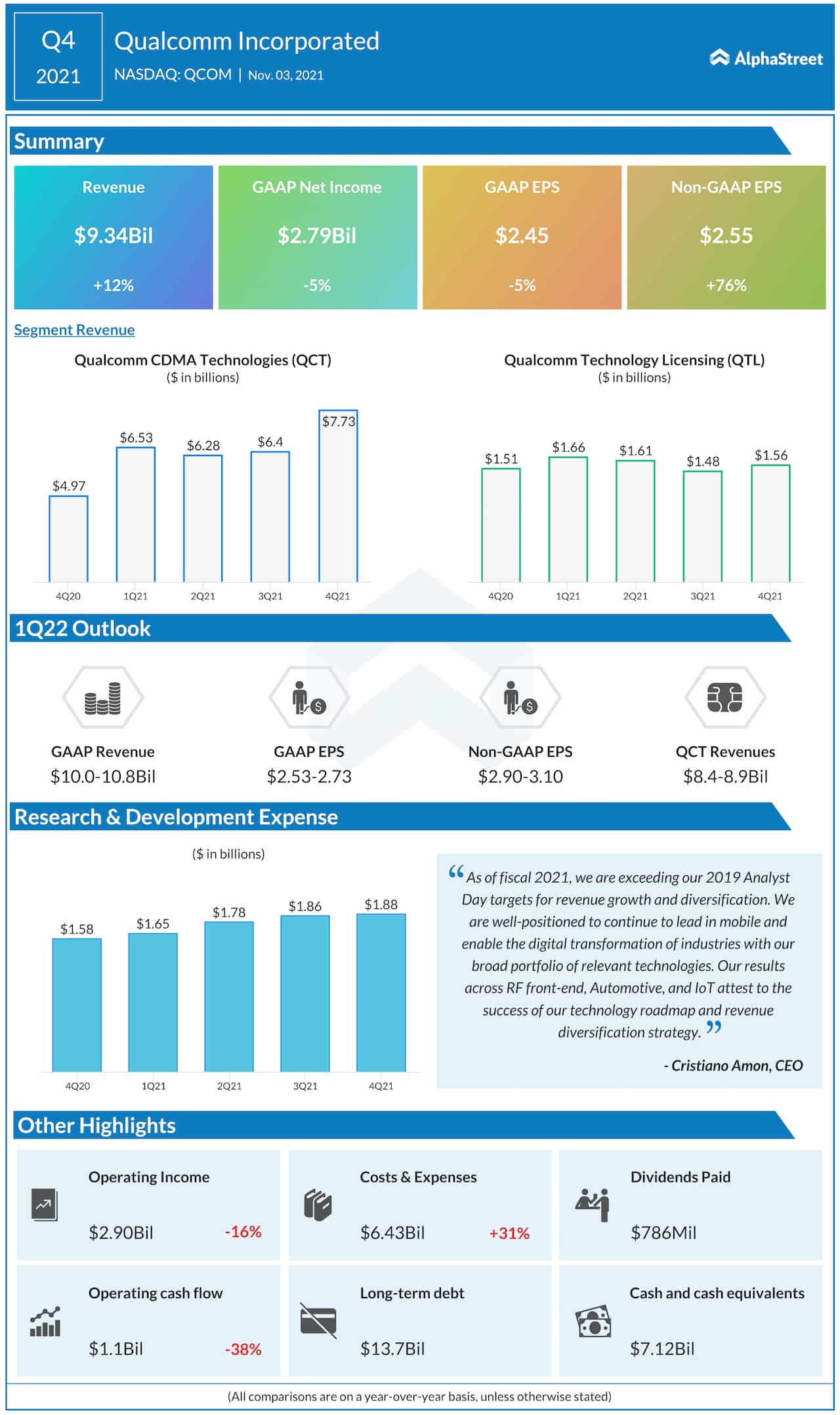 Qualcomm is pursuing an aggressive growth plan, including portfolio innovation with a focus on 5G and expansion in areas like RF front-end, automotive, and IoT. The positive financial data shows the measures adopted earlier to ensure additional chip supplies have paid off. While the company is poised to benefit significantly from the rollout of 5G smartphones, the growing demand for its IoT and smart car solutions is emerging as a key growth driver.

Meanwhile, there have been concerns over the company’s overreliance on Apple, which is facing supply chain-related challenges and fluctuating demand. The gadget giant had hinted at developing its own chips. Earlier, Qualcomm faced anti-competition lawsuits alleging that its monopoly in smartphone chips was causing price inflation. Also, the company’s licensing model had come under regulatory scrutiny.

“Going forward, our chipset business represents the largest growth engine for us as virtually all devices at the edge adopt mobile technologies. We have the relevant technologies required to continue to lead in mobile and the connected intelligent edge. And as the edge gains scale in connectivity and adopts own device artificial intelligence, we’re well-positioned to become a leader in AI processing.”

In what could be a sign of underlying strength of the business, quarterly earnings beat estimates consistently for more than five years and reached a new high in the most recent quarter. In the fourth quarter of 2021, there was a three-fourths growth in adjusted earnings to $2.55 per share. Revenues climbed 12% annually to $9.34 billion. The numbers also came in above analysts’ estimates. Meanwhile, Qualcomm executives issued profit and revenue guidance that beat estimates.

After peaking in the early weeks of the year, Qualcomm’s stock had pulled back and slipped into the bear market. It railed this week and crossed the $160-mark in one of the biggest short-term gains. QCOM has grown 21% in the past six months.