Sprint Corporation (NYSE: S) slipped to a loss in the second quarter of 2019 from a profit last year, due to lower revenues. The bottom line was wider than the analysts’ expectations while the top line missed consensus estimates. 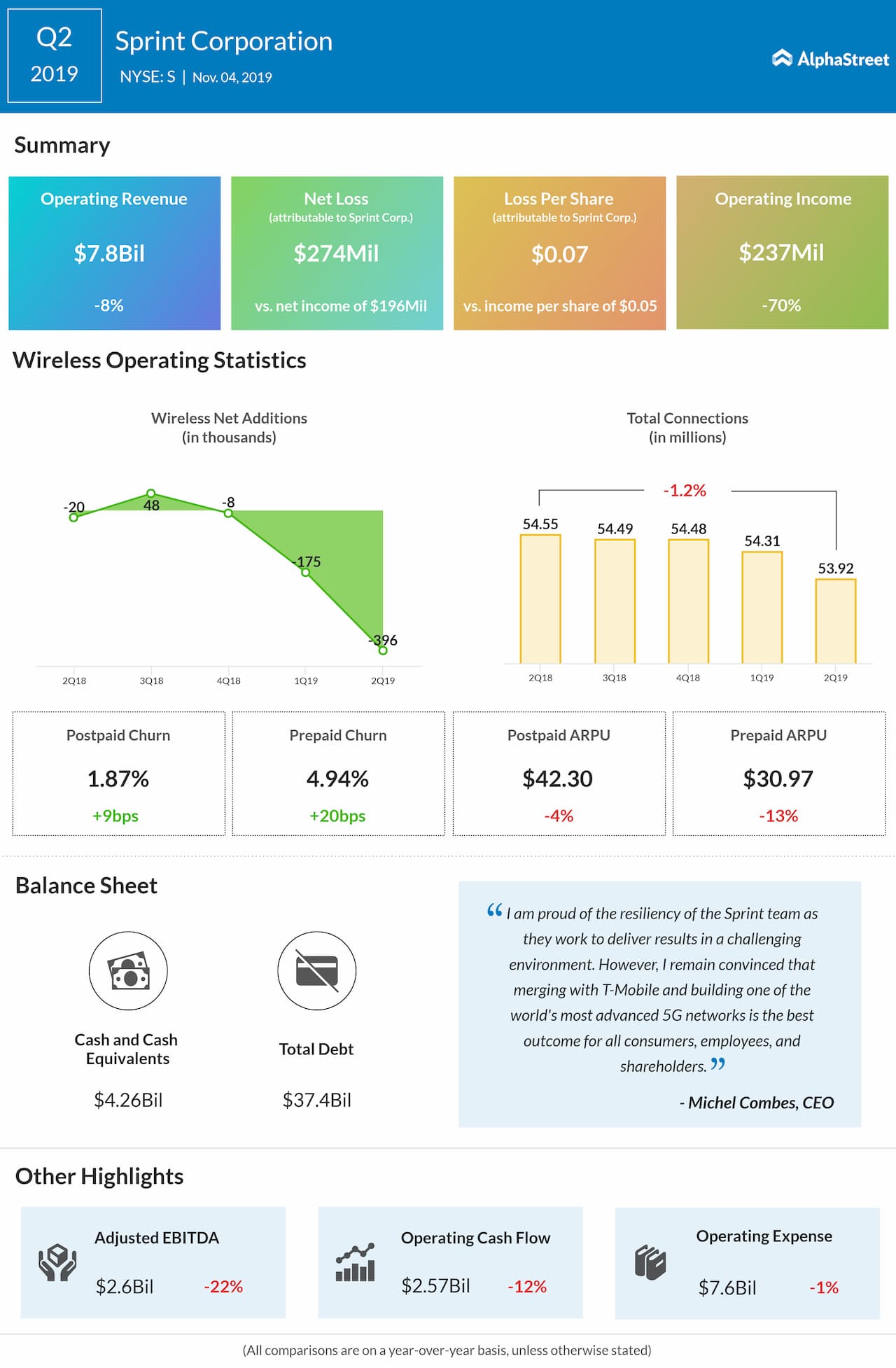 Postpaid net additions were 273,000 during the quarter. Total wireless service revenue declined 7% annually. This was negatively impacted by lower Lifeline revenue and the continued amortization of prepaid contract balances.

Postpaid wireless service revenue of $4.2 billion was relatively flat sequentially and year-over-year, as the company works to stabilize postpaid ARPA and average postpaid accounts. Postpaid phone churn increased to 1.91% from 1.73% a year ago as customers rolling off promotional offers and competitive pressures.

Postpaid total churn rose to 1.87% from 1.78% last year helped by higher phone churn that was partially offset by lower data device churn. On the other hand, prepaid churn increased to 4.94% from 4.74% in the prior-year period, primarily driven by competitive pressures.

The company ended the quarter with 53.9 million connections, including 33.4 million postpaid, 8.4 million prepaid, and 12.1 million wholesale and affiliate connections. The postpaid upgrade rate fell to 6% from 6.3% a year earlier due to overall industry trends of customers keeping devices longer.

Sprint completed the initial launch of its True Mobile 5G network and recently announced that the service now covers about 16 million people within nine metropolitan areas. Sprint continues to advocate for its merger with T-Mobile US (NASDAQ: TMUS) to deploy a ubiquitous, nationwide 5G network that includes coverage in rural locations. The company now expects the merger to be permitted to close early in the calendar 2020.

Similar to last quarter, Sprint is not providing full-year guidance for fiscal 2019, as it is in the late stages of its T-Mobile merger process, but the company has given color on the near-term trends.